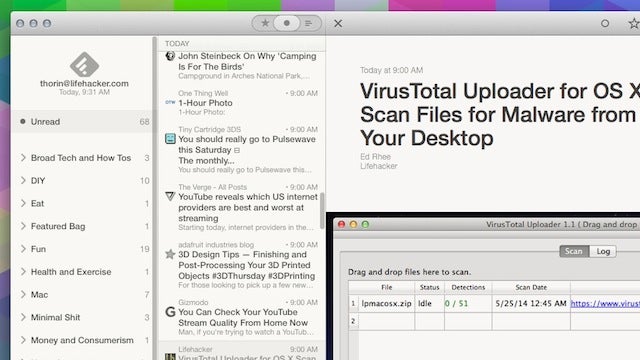 Mac: Reeder is our favourite RSS reader on the Mac, but after Google Reader shut down, it stopped working. Now, Reeder is back in the Mac App Store and supports all kinds of RSS readers as well as local RSS.

This new version of Reeder supports Feedly, Feedbin, Feed Wrangler, Fever and Readability for RSS feeds. Other than that, it's basically the same as the previous version, although it now has a handful of new themes, gestures, and customisable shortcuts. Otherwise, it's just a little speedier, a little cleaner, and little easier to use than its predecessor. Basically, if you were a fan of the previous version of Reeder, you'll be just as happy with this one.