Reduce Your Spending By Taking Time Out To Savour Life 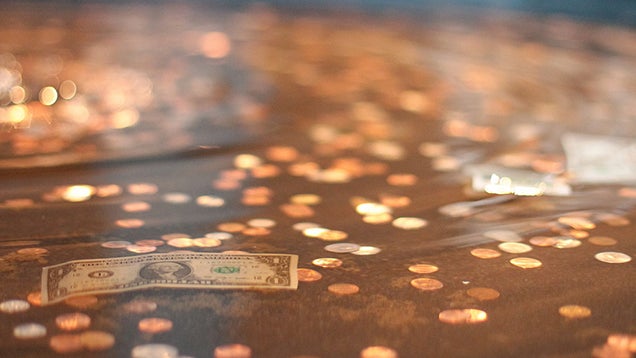 When we talk about saving money, most of us think of ways to get discounts or reduce expenses. Finance blog LearnVest suggests a simpler approach: take the time to enjoy life.

By being patient and making the extra effort to appreciate the things in life that our money has already bought us, suggests LearnVest, we can reduce our impulses to spend even more money. Whether it's enjoying last year's gadget or anticipating a holiday, savouring our lives can keep our minds on what we already have and off the things we want to spend money on. LearnVest also points out that not only could savouring help reduce spending, but that thinking about money impairs our ability to savour:

Participants with a higher income scored lower on a test of savouring. Oddly enough, even a prompting of thinking about money corresponded with lower savouring ability. The researchers found that participants who were shown pictures of foreign currency before they ate pieces of chocolate "spent significantly less time eating the chocolate and displayed significantly less enjoyment" than those who had seen another neutral image.

...There's another theory I have, which is that time and money are often related and triggering thoughts of money causes people to think about productivity, which causes them to move more quickly. The time spent on something is directly related to how much we savour it.

Obviously, we all have to think about money at some point. It's not like we can pretend money doesn't exist and be happy forever. What we can do is slow down a bit and dwell on what our money has already purchased for us.

Savouring: The Key to Stretching Your Dollar [Learn Vest via Rockstar Finance]