Master GitHub Shortcuts And Commands With This Cheat Sheet 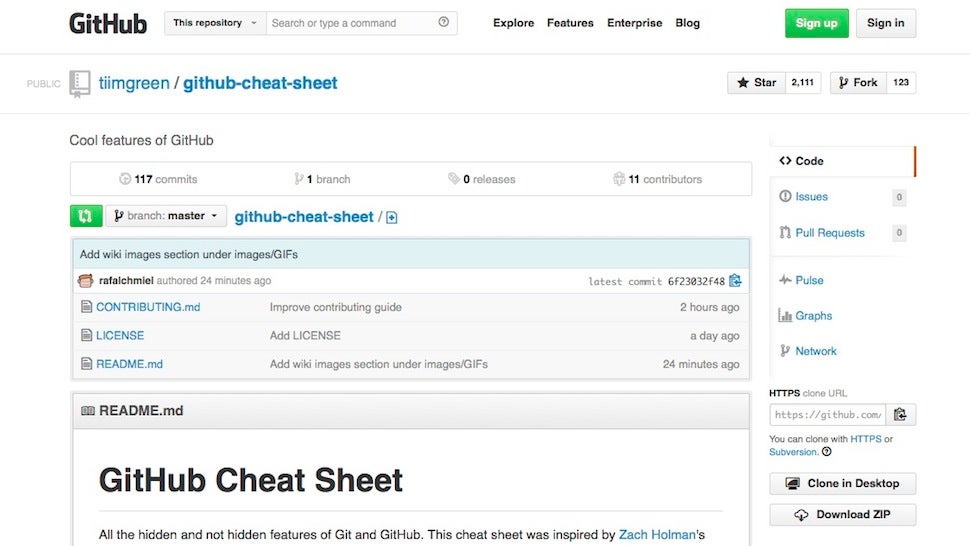 Whether you're learning to code or you're a seasoned developer, GitHub is a great tool to manage your projects. With these shortcuts and tips, you'll save time and energy looking up how to do common tasks, create task lists, see author comment histories and highlight code.

The cheat sheet is cribbed largely from Zach Holman's "Git and GitHub Secrets" talk (there's a second talk too, if you're interested). It walks you through everything from creating diffable maps and doing syntax highlights in Markdown to embedding GIFs and emoji in your comments or pages. The guide even goes into how to create task lists in GitHub, something we've talked about before.

Hit the link below to check out the full sheet and give it a bookmark (or star it, or add it to your own GitHub account), and then visit the discussion thread at Hacker News to see a few more tips and tricks not mentioned in the sheet.