I'm David Kadavy, Author Of Design For Hackers, And This Is How I Work 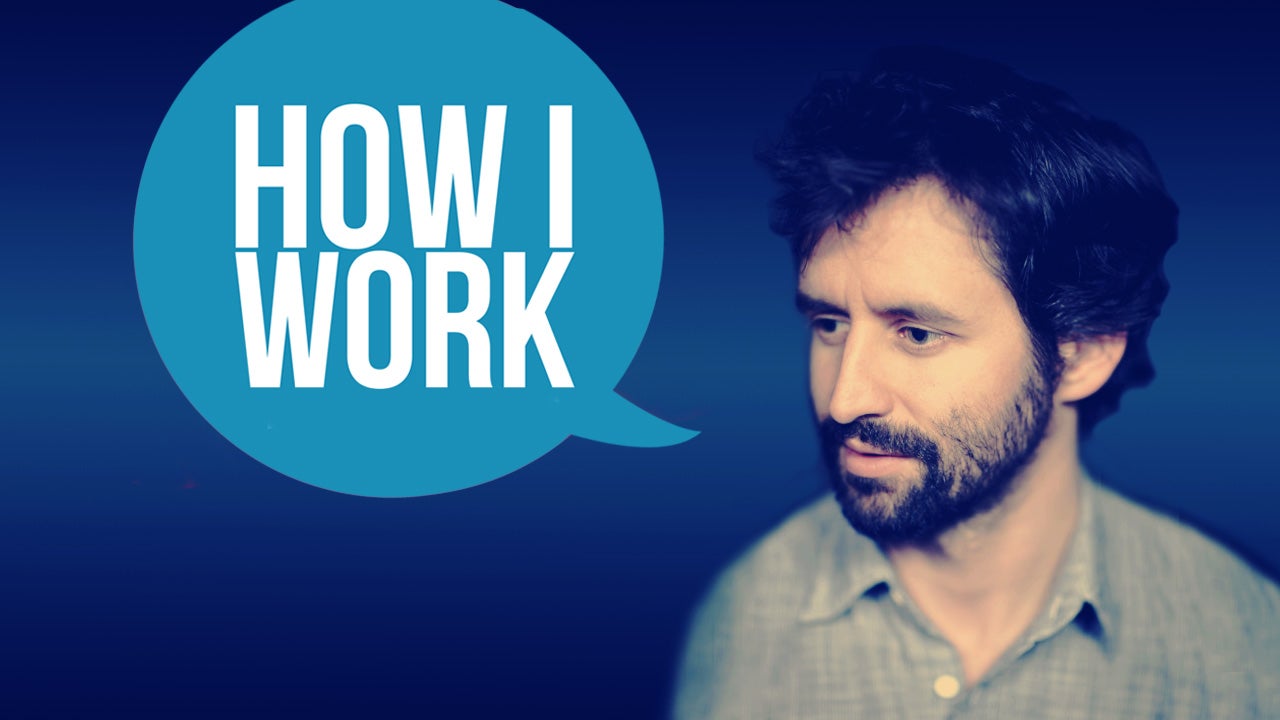 David Kadavy is a designer turned author who writes about productivity, travelling and design. His book, Design for Hackers, teaches developers and makers the necessity and principles of marrying good design with good engineering, and he certainly designs a productive life of his own. We caught up with David to learn about his favourite apps, gear and how he works.

Without a doubt, number one for me is Evernote. I do everything in Evernote. I draft blog posts, write talks, brainstorm ideas and document processes in Evernote. I even write emails in Evernote, even though when I paste back to Gmail I have to reformat any bullet points that I've made. 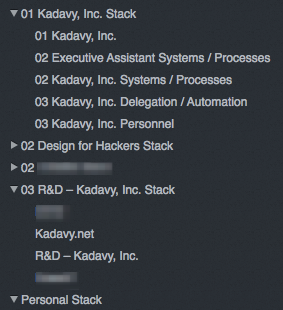 When I started using Evernote, I really just had a notebook called "Inbox" with a note called "Inbox", but since then it has grown into a number of stacks, and I even have a numbering system that I'm not quite sure even I can explain, but it works.

I guess it would make sense if I mention Siri, since I'm actually drafting this blog post into Evernote using Siri on my iPhone, as I pace around the room.

Next would have to be Timeful, co-founded by behavioural scientist Dan Ariely. I've been advising them on product the past several months so I'm in their private beta and it's really grown to be indispensable for me. It allows me to not only plan what is going on during my day and what I want to do during the day, but it also allows me to be clear about when I'm actually going to do those things. A lot of times we get a sense of anxiety over traditional tools like email, to-do lists and calendars, but that's because they're often at odds with one another.

Finally, there's Fancy Hands, which is like an on-demand personal assistant. I've been concentrating a lot on delegating things, and it's really freed up my creativity. Fancy Hands was a great way for me to not only train myself on delegating, but it has also saved me a lot of time making phone calls, booking appointments and doing research. 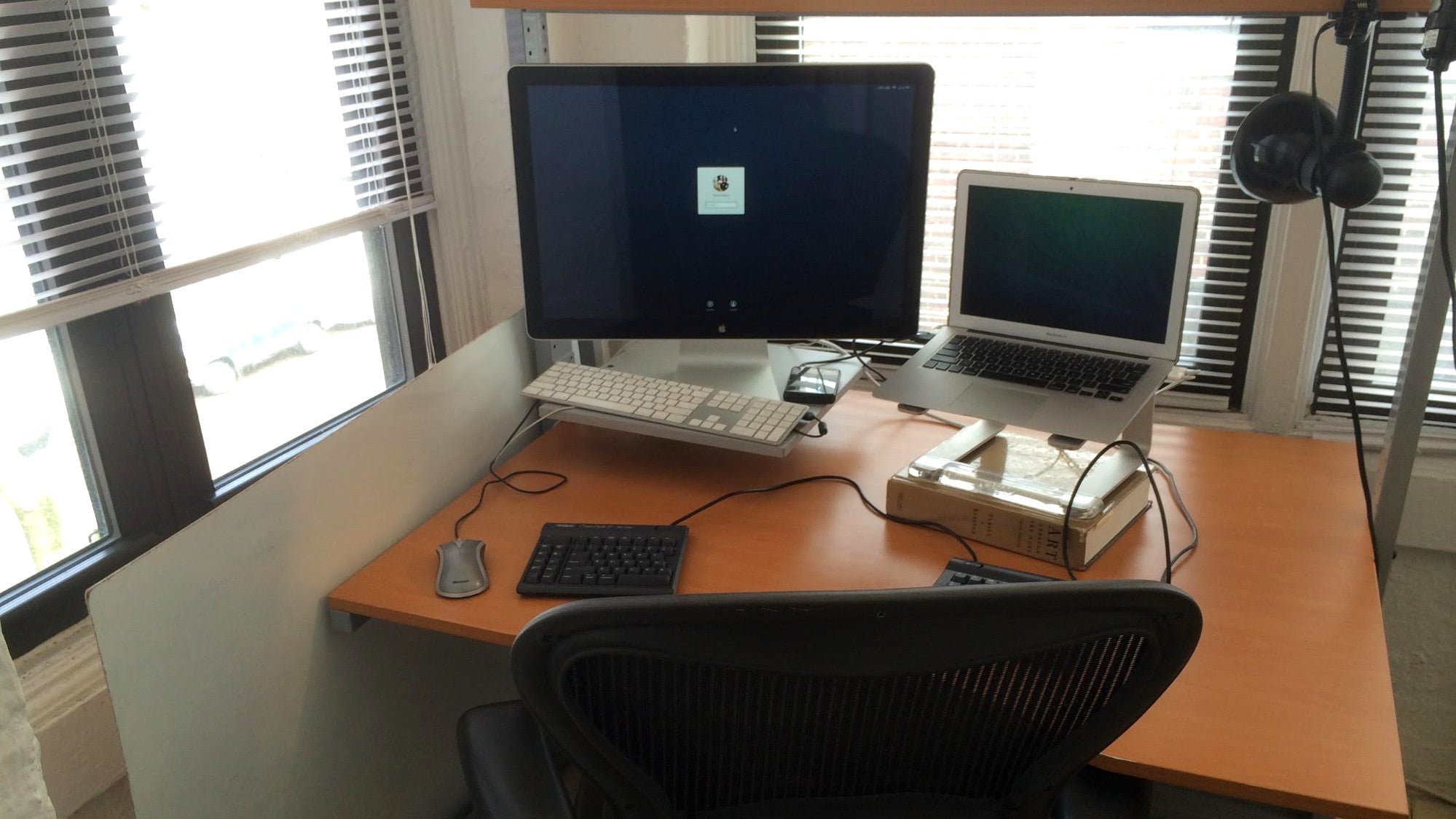 I try not to spend too much time at one particular workspace, because my thoughts then start to get kind of stale. At home I have an IKEA Jerker desk with an Aeron chair, and I use my split keyboard and a 24-inch Apple Cinema Display. I have a piece of tile board I got at Home Depot, which I occasionally throw on the floor in my living room for high-level thinking. 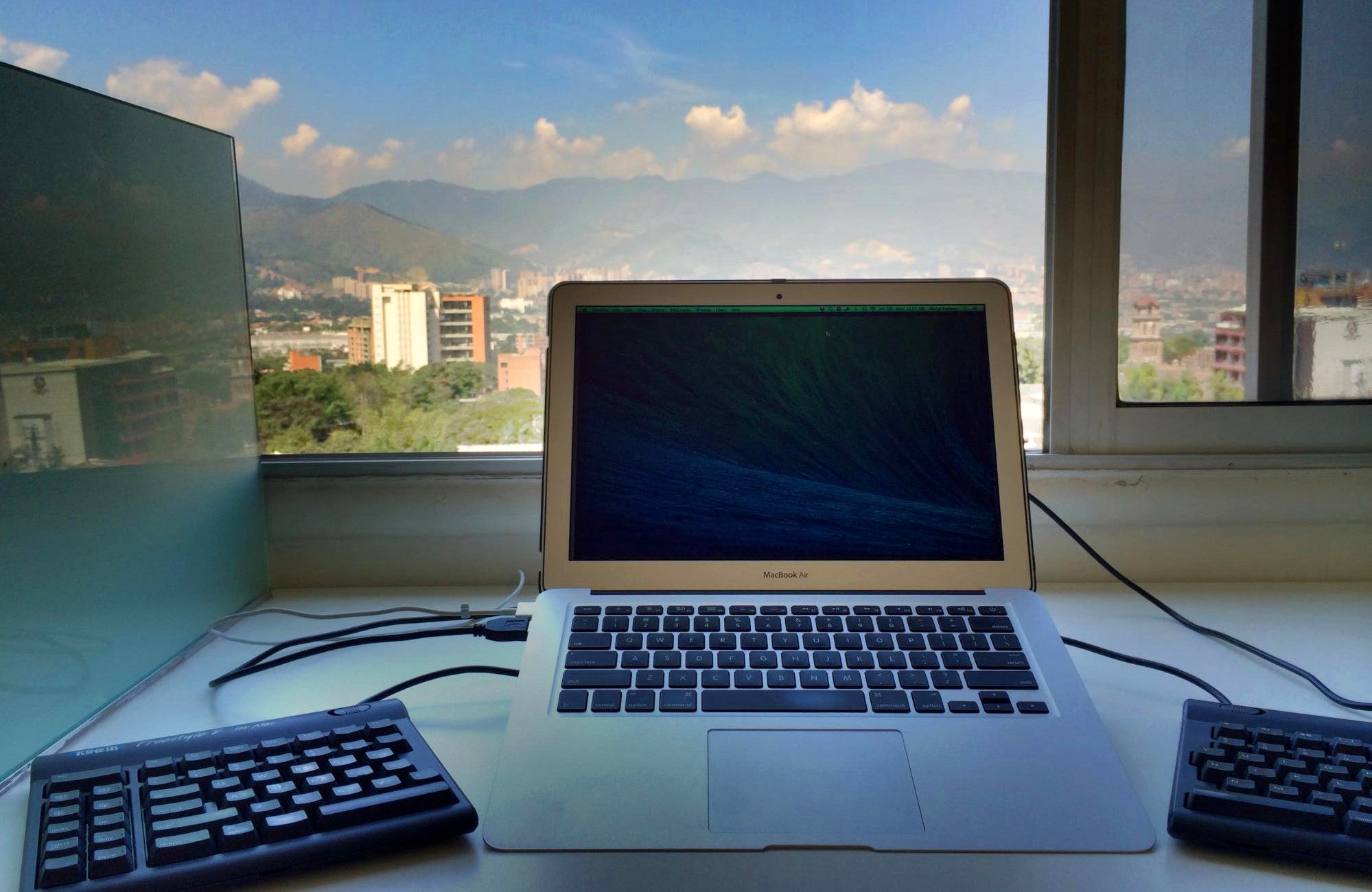 About three days a week, I go to a co-working space, and I use my mobile setup, which again includes my split keyboard, an AViiQ laptop stand and my MacBook Air. I stand most of the time at the co-working space and need to get around to converting my home workstation to standing.

My best time-saving shortcut is actually to not think about productivity in terms of time, but instead in terms of cognitive load.

Units of time are a really feeble way to represent what you can output in your life. I discovered this when I was writing my book, and I would have an amazing 15-minute burst of productivity, after banging my head against the wall all day.

You can learn to recognise and work with your different mental states and rhythms, and that is the best way to have the maximum impact with your time. I recommended David Rock's Your Brain at Work to get started in understanding this.

A quick method for hacking your brain's output is the 10-minute hack.

It's definitely much more than a to-do list manager, but the aforementioned Timeful. (As I said, I advise them, so in some ways it's literally built for the way I work.)

I never like to be without a really good blender. Even when I'm living a mini-life somewhere else, I'll sometimes bring a blender with me. However, recently I got a Ninja, and it's big enough it might not travel so well.

I've been told that I break things down really well. Whenever I see someone who is really good at something — writing, art, public speaking, anything — I try to break it down in my mind to the abstract qualities that make them good. Then, I think about how the same qualities can be applied to something else. This is probably how I ended up writing a book about the fundamentals of good design. To most people, design is totally subjective, but to me it's almost like a series of equations.

I do this with my work too. I've broken down my work into different processes that feed one another. Creativity can be a machine.

I never would have finished my book if it weren't for the atmospheric instrumental post-rock sounds of This Will Destroy You, Explosions in the Sky, and The Album Leaf. Since then, I've used Spotify's radio feature to navigate to new-to-me sounds like Milosh and Purity Ring, but those aren't so good for writing. Nothing puts into work-mode like Tycho's Dive album.

I really love music, and still appreciate the art form of the album, but my habits of using streaming services have made it so that I couldn't even name many of the artists on my favourites playlist.

Letters from a Stoic, by Seneca; For Whom The Bell Tolls, by Ernest Hemingway; and Mental Models, by Indi Young.

I think I'm an ambivert. I really don't get the whole extrovert/introvert thing, though I've been accused of being "clearly" one or the other. Sometimes, I'm very energized and inspired by interacting with new people. Other times, the mere presence of another human is like a vice grip on my brain.

It took me a long time to learn that having a regular sleep routine can make all the difference. I try not to work after 10PM, be in bed by midnight, and wake up around 8AM. I don't have any realistic fantasies about trying to get by on less sleep than that.

I live on a pretty noisy street, and a streetlamp is just a few feet outside my window, so I usually sleep with a lavender eye mask and Mac's ear plugs.

I've been getting in the habit of listening to Andrew Johnson's Relax iPhone app right before sleeping.

"It's called asking." It seems stupidly obvious, but if you want something, sometimes you just need to ask. You can also "ask" by simply applying yourself toward something you'd like to accomplish. It took me way too long to learn this.

I was given this advice in 2006 by Paul Bragiel, who recently "asked" to be in the Olympics by spending a year training in a sport he'd never even tried.

Just that I think it's really easy to make cognitive errors when deciding how best to be productive. There are all sorts of things that can distract us and fool us into thinking we're spending our time wisely. There are tons of tools out there, but the real challenge isn't so much a technological one as it is an emotional one. This is exactly what we're trying to make better at Timeful.