Get Your Kids To Help Out With The Right Words (Specifically, Nouns) 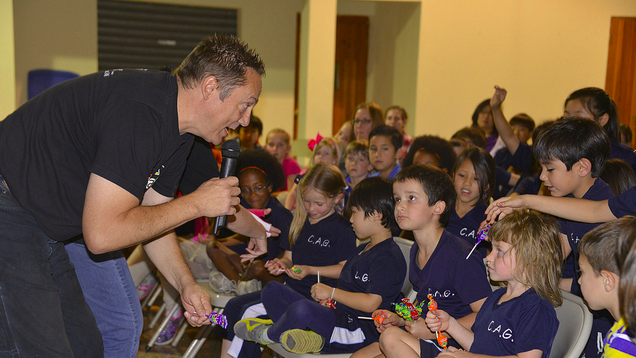 The way you ask a kid for help can make all the difference. According to recent studies, kids pick up on subtle language choices, such as whether you use a noun or a verb in your request or praise.

NPR reports a study done by University of California researchers in which 100 preschoolers were divided into two groups: One was given a talk about "helping" and the other about "being helpers":

While the children were playing, an experimenter gave them various opportunities to lend a hand. Preschoolers who got the talk about being helpers actually dropped their toys to offer aid 20 per cent more often than kids who heard a lesson about helping.

This noun-vs-verb phenomenon has been shown previously to motivate grownups as well, NPR says. Noun-based appeals to be a "voter" or not a "cheater", for example, have been more effective than their verb-based counterparts.

It's all about labels. People — perhaps especially kids — may be more sensitive to being labelled a certain way or earning the status of, say, Good Helper. On the flip side, when it comes to skill-based behaviours, such as drawing or maths, parents are better off praising effort ("You worked really hard on that!") rather than nouns ("You're such a great artist").

Don't fret the noun-verb choice too much. It's just another reminder to be mindful of how you communicate with your kids, because they're really listening.

To Get Help From a Little Kid, Ask the Right Way [NPR]