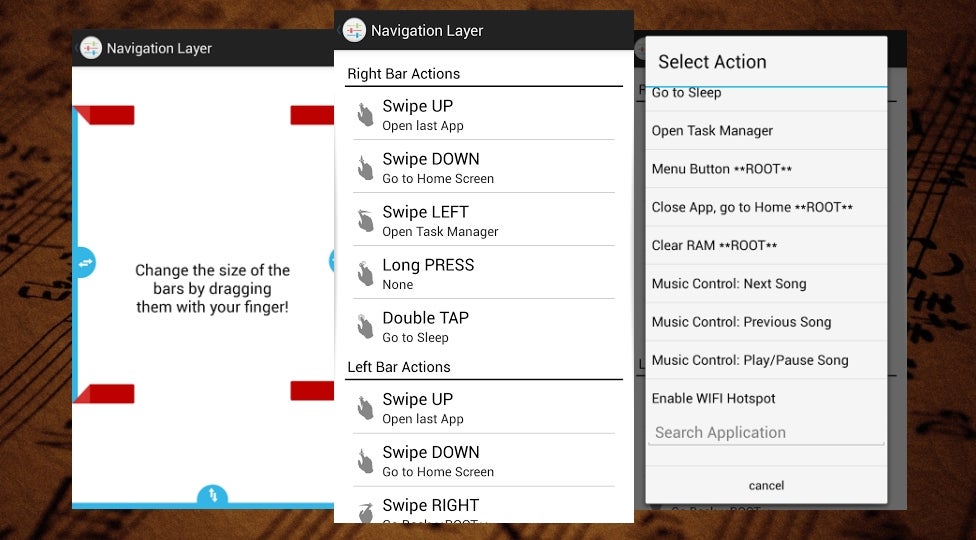 Android: Those who like to control their phone with gestures will be mighty pleased with Navigation Layer, a new app that adds powerful commands to edge-based interactions on touchscreen Android devices.

To be fair, Android launchers such as Nova and Apex already have some edge gestures, and there are gesture-activated application switchers too, but Navigation Layer is much more powerful. You can assign actions to five gestures, like swiping up, swiping down, swiping in, long-press and double-tap. These five gestures are replicated on the two sides and the bottom of the screen.

So what can you do with Navigation Layer? Actions include the ability to go back to the last opened app, go to the home screen, open notifications or task manager, go to sleep, control your music player, or run one of your apps. There’s even more if you’re rooted, including clearing RAM or closing an app. And it all just works.