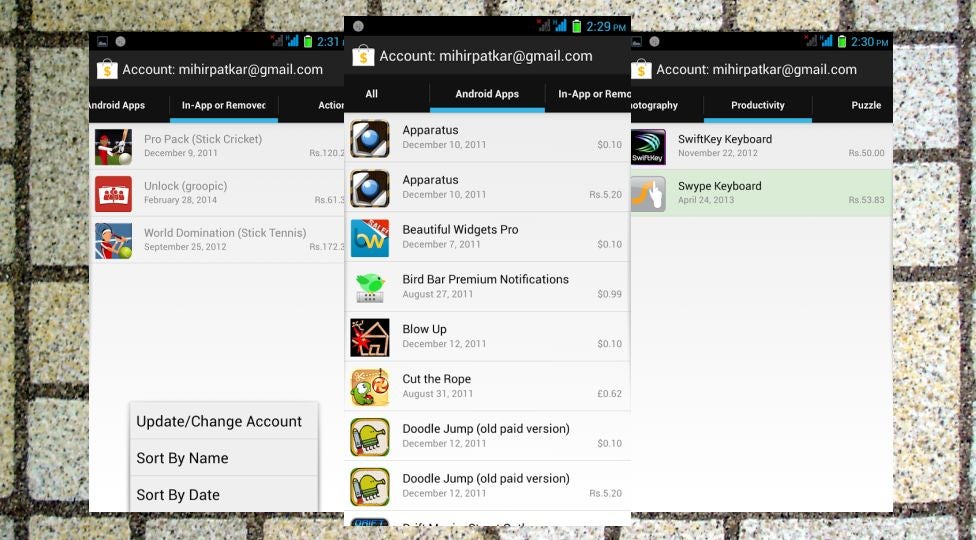 Android: Over the years, you have probably paid for several apps and made in-app purchases on the Google Play Store. If you want one place to see all of these transactions, My Paid Apps is a good option.

If you use multiple Google accounts, My Paid Apps also lets you switch accounts to quickly check which ID you have purchased something on. It will be quite handy to have this list, especially since I discovered I had paid for some apps multiple times — actually having purchased them, and then picking them up again in a sale or a Humble Bundle.

The developer notes that some people are having trouble with the new version of the app, so if it doesn’t work for you, grab the old version at the link below.