iOS Vs Android: Which Platform Has Better Tablet Support? 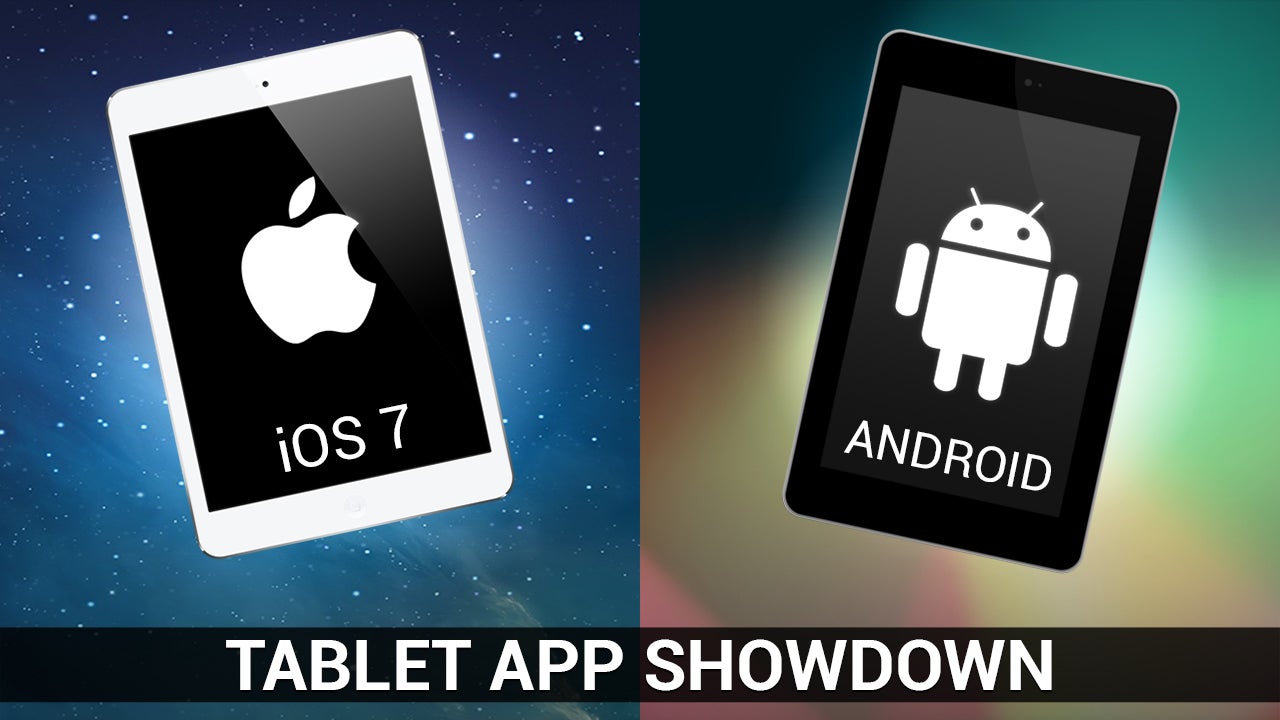 Android and iOS both have mature app stores when it comes to phones. Support for tablets, however, are still evolving. We decided to take a look at how far tablet support on both platforms have come over the last three to four years of development.

Analysing tablet app support requires a little bit of subjectivity. For starters, tablet “support” means two different things on iOS and Android (which we’ll explain in a bit). Secondly, getting a cross-section of the most used apps is complicated. For our analysis, we looked at the top 200 apps on both iOS and Android as reported by App Annie (for a total of 400 apps). However, there are a few categories that we excluded at our own discretion:

So, what results is less of an official “Top 200” list and more of a “list of popular apps” as compiled by our experience and best judgement. 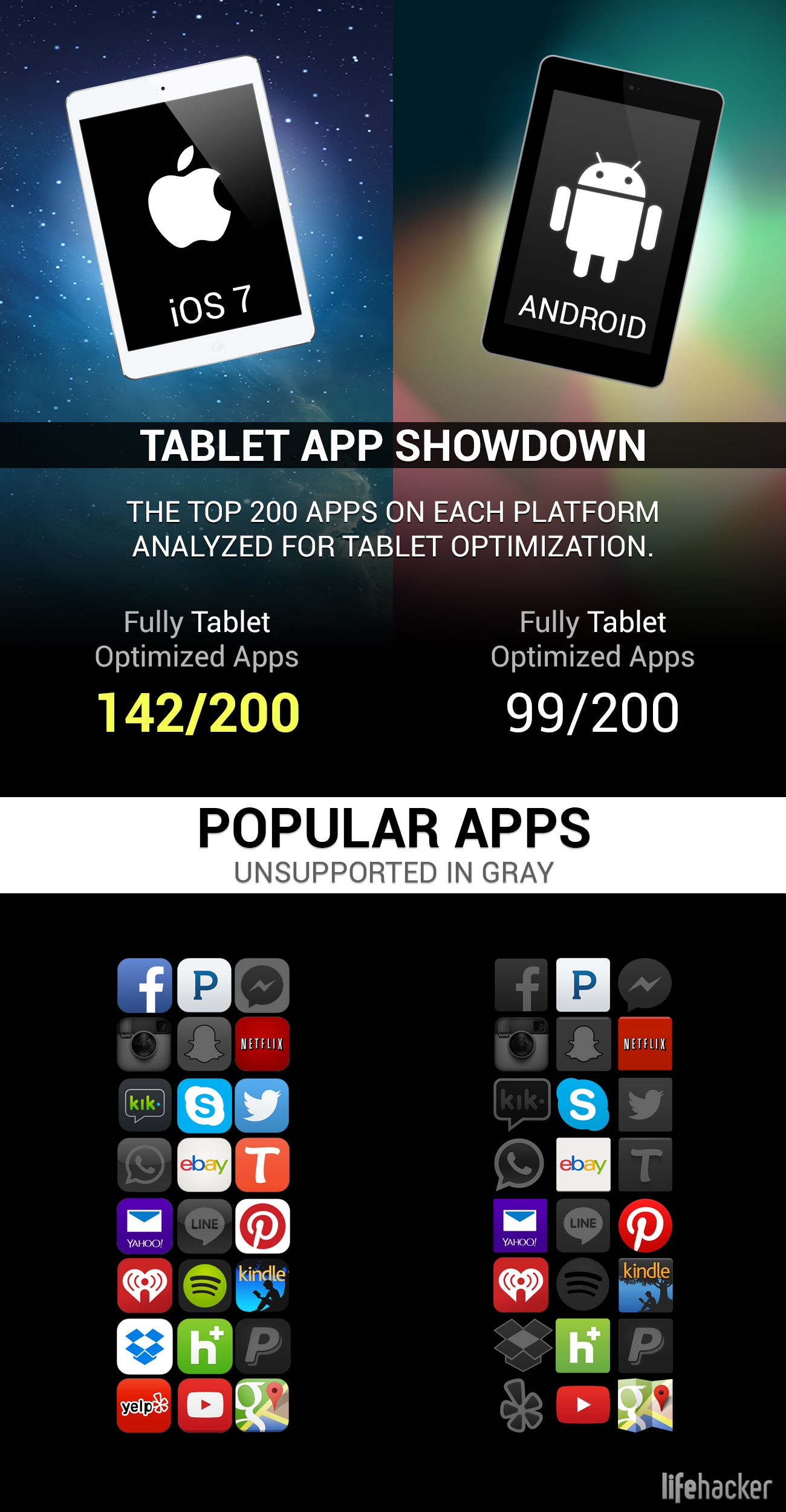 A Word On Android App Support

Determining Android tablet compatibility is a bit more nuanced than it is on iOS. The way Android handles app UI accounts for many different screen sizes, so the interface elements can automatically fill in the space available. For example, while a list of contacts might only show four or five names at a time on a phone, you’ll be able to see seven or eight on a tablet — even if the app hasn’t been “optimised”, On the iPad, it would just blow up the iPhone version so that you’d see the same number of contacts — they’d just be bigger (and lower resolution).

This scaling means that some apps work sufficiently enough on a larger screen. Twitter, as an example, makes much more effective use of the 7-inch display of the Nexus 7. Twitter has done nothing to optimise it for a tablet interface, and it could arguably be better, but the owner of a 7-inch tablet would likely find that Twitter’s “support” for tablets is good enough.

However, 10-inch Android tablets tend to fall into this category less often because most larger Android tablets are designed to be used in landscape mode, as opposed to the portrait mode that phones and 7-inch tablets use. For this reason, we split Android tablet support into three categories:

When we account for these distinctions we get a more complex data set:

While we only included explicitly supported tablet apps in our graphic at the top of this post, if you include partial tablet support, Android does considerably better — at least when it comes to raw numbers.

The most obvious conclusion we can draw from all this data is that if you’re looking for the most dedicated tablet support, the iPad is the way to go. Out of the 200 iOS apps surveyed, 71 per cent were specifically updated to support tablets. Android had 99, or about 49.5 per cent. Less than half of the 200 most popular Android apps were optimised for tablets.

However, due to the subjective nature of what constitutes “support”, you may not care that this number is so low. If we include apps that have partial support for 10-inch tablet interfaces, the numbers get more comparable. 141 of the 200 apps (70.5 per cent) are at least usable. That number goes up to a surprising 187 out of 200 (93.5 per cent) if you’re using a 7-inch tablet and don’t mind apps that are stretched out a little.

The bigger problem with Android’s app support is not necessarily the number of apps supported, but the quality. As you can see in the infographic above, big name apps like Facebook and Twitter have still not rolled out universal tablet interfaces for their apps (Note: Twitter did create a tablet-oriented interface for Samsung tablets back in October, however the interface hasn’t made it outside of certain exclusive devices).

Whichever route you choose, your personal use case and preferences are going to determine how much you care about tablet support. If you want a 7-inch tablet with a little more reading room, you won’t have a significantly worse experience on either platform. If you want a 10-inch tablet and white space is your mortal enemy, you should probably stay in Apple’s camp.