How To Get The Best Linux Features On Windows 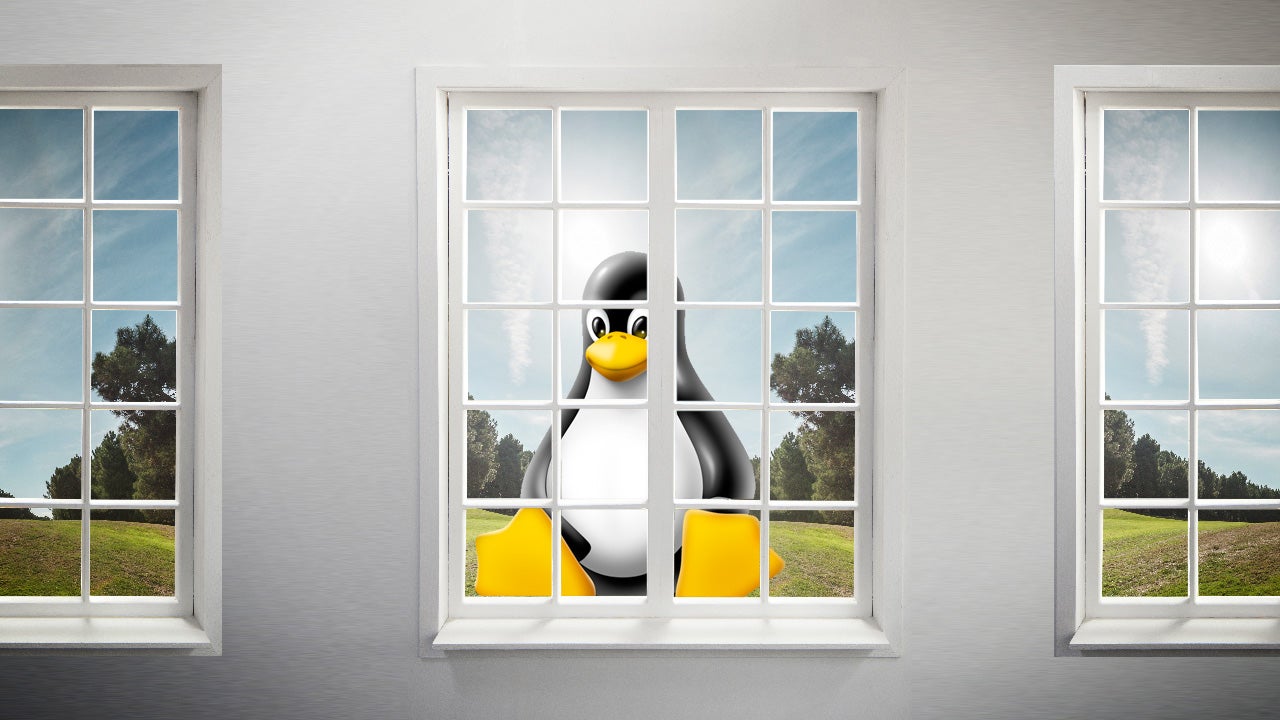 For many people, Linux isn’t a viable option for everyday work. Some don’t have the time or resources to learn a new OS, while others have a need for functionality only Windows can provide. However, Linux still has a bunch of great features and advantages. Here’s how to get some of them on Windows.


Beef Up Your Window and Desktop Management with Dexpot 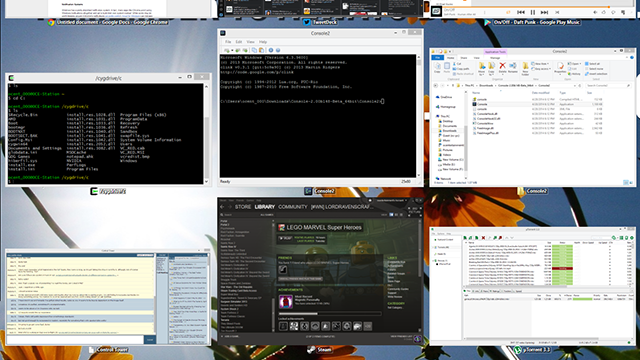 Out of the box, Windows has only one way of adding a second desktop workspace: buy a second monitor. While that has its advantages, wouldn’t it be handy to separate your workspaces virtually? Many Linux distributions seem to think so and the features come built in to the OS. Fortunately, we can add them to Windows fairly easily.

Dexpot is one of our favourite tools for getting this done. By default, Dexpot gives you multiple desktop spaces so you can spread out your work. You start with four separate workspaces, but you can create more or fewer as you need. The plugins and extras section in the settings of the app allows you to add sweet visuals like a 3D desktop cube (similar to the famous cube in Compiz on Linux).

Dexpot’s usefulness doesn’t end there. In addition to creating multiple desktops, you can also use it to manage individual windows. Similar to Mission Control (formerly known as exposé) on a Mac, Dexpot allows you press a keyboard shortcut to view all of your windows at once with the Dexcontrol plugin (enabled by default, but it can use some custom tweaking).

Yet another thing Linux distros excel at is tiled window management. Put simply, tiling windows allows you to quickly arrange them side by side or stacked so you can view multiple applications at once. Windows sort of does this natively by allowing you to snap a window to the left or right half of the screen. Any other configuration, however, is right out. Enter Divvy.

Divvy can be invoked with a quick keyboard shortcut and allows you to scale a window based according to a predefined grid. It’s flexible enough to allow for a wide range of layouts without requiring a bunch of work upfront to define where you want windows to go first. It certainly beats trying to catch the corner of your browser and arbitrarily drag it wherever. 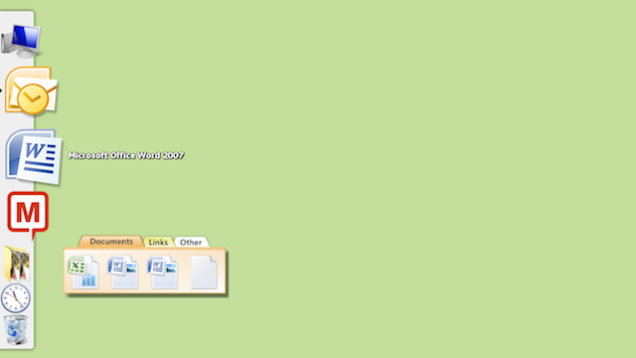 Prior to Windows 7, the taskbar was kinda crummy. The new one is much better, but that doesn’t make it perfect. One alternative if you want something with a little more flair and a lot more customisation is ObjectDock.

ObjectDock adds an animated dock to Windows. OS X and Ubuntu, along with several other Linux distributions use similar features. Since Windows 7, the standard dock isn’t as wildly different from apps like ObjectDock as they older versions used to be, but they still offer some advantages like creating tabbed docks, allowing you to organise app shortcuts. You can also open files by dragging them to the app in the dock, and it includes some more attractive animations. If you’re not willing to spend $US10 on ObjectDock, the classic RocketDock offers similar functionality. 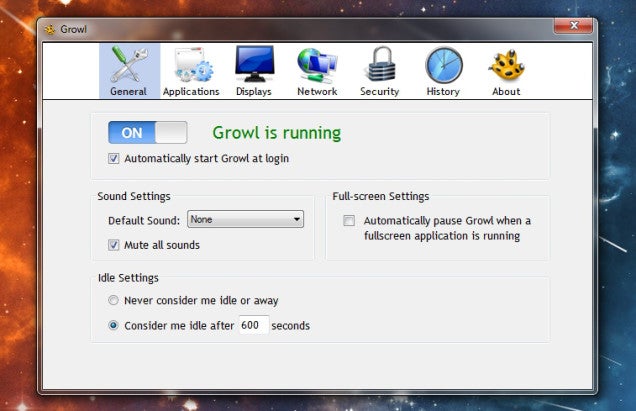 Windows has a pretty disjointed notification system. In fact, many apps like Chrome avoid using Windows notifications altogether and opt to build their own system instead. While some may be worth keeping around (Chrome’s notifications are pretty useful), Growl for Windows can manage just about everything else.

Growl uses an assortment of plugins, userscripts and extensions to intercept extensions from your regular apps. Unfortunately, it can’t just grab them all. However, extensions like Checker Plus for Gmail or Google Calendar can send messages directly to Growl. You can then customise what types of notifications you get, how long they last, and even forward them on to your phone.

Get a UNIX-Like Command Line with Cygwin 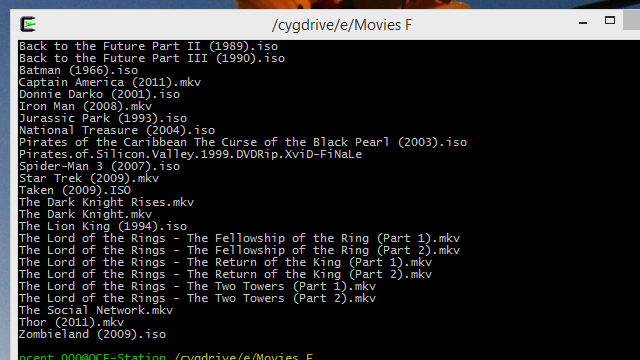 The command line is one of the most powerful yet under-utilised tools in Windows that everyone should master. It’s still not perfect though. If you’re coming over from Linux, or you just want to learn some of the more universal Unix-based commands (most of which work on both Linux and OS X systems), Cygwin is where you want to get started.

Cygwin is a Windows command line utility that’s adapted to be familiar to Linux users. Here, you can use Linux-native commands. For super basic tasks, this won’t amount to much beyond replacing the “dir” command with “ls”, but it simplifies working with cross-platform apps and instructions. For example, if you were using Todo.txt, the command-line integrated to-do list app created by Lifehacker founder Gina Trapani, your commands would be much more similar to the Linux version.

Cygwin is more than just an app though. Because it integrates the vast library of commands and packages directly into the Windows command line, you can use any terminal emulator you like and still have access to your new powers. As we’ve discussed before, Console and Mintty emulate more powerful, Linux-style terminals. Console is particularly neat due to its tabbed interface, allowing you to jump between multiple locations and tasks without creating whole new command line windows.

Get a Command Line Package Manager with Chocolatey

Linux users are used to being able to install apps directly from the command line with a simple string of text. Compared to the convoluted method of installing apps on Windows that tends to start with a Google search and end with dodging fake download buttons, package managers are pretty nifty. Enter Chocolatey, to help simplify the process.

Chocolatey is a package manager for Windows that lists over 1800 programs in its database, all of which can be installed or updated from a single terminal command. Chocolately even integrates with Cygwin, so you can install Chrome, Firefox, VLC, CCleaner, Dropbox, Skype or hundreds of other apps by simply typing clist [appname].

Remap Your Entire Keyboard with Autohotkey

Many Linux distributions come with built in key mappers like XKB. In the Windows camp, our favourite scripting tool, Autohotkey, allows you to perform many of the same functions. You can use a single line to reassign any button to another key or combination of keys. You can also get fancy and use AHK’s scripting powers to do more complex actions like turning your Caps Lock key into a dedicated web search button, or programming your middle-click button paste your clipboard contents (yet another great feature of Linux). 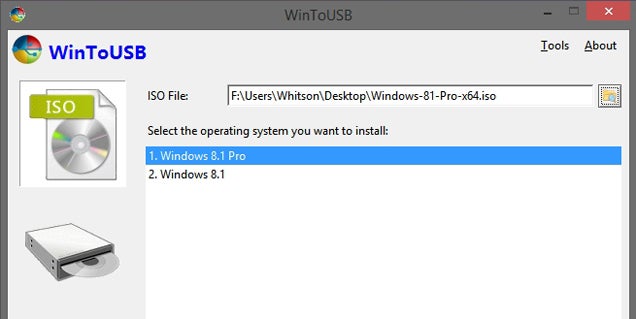 Undeniably, one of the biggest advantages of Linux is that you don’t necessarily need to wipe out your entire system to run it. Live CDs and USB installations of popular Linux distributions have existed for nearly as long as their respective mediums have. Windows isn’t quite as flexible, but WinToUSB allows you to create a portable Windows installation you can run from a USB hard drive drive. You can check out our guide here with the full instructions on how to set this up. 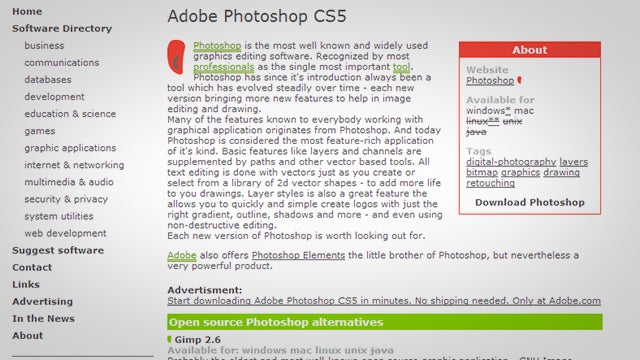 One of Linux’s greatest advantages, of course, is the bevy of free and open source software available. You probably know this already, but it bears repeating: Windows has quite a bit of great open source software too, including many of the same apps that you can get on Linux (like Pidgin, GIMP, LibreOffice, and [obviously] Firefox).

Plus, if you’re ever looking for a good piece of software and want something open source, Osalt (short for “open source alternative”) finds the best free and open counterparts to your favourite apps. While it’s very useful for Linux converts, Osalt knows no platform. Windows and OS X users can all find listings for their OS.

Even if you’re already comfortable with your apps of choice, it’s still worth taking a look. For example, we all know GIMP is available on Windows, but by searching for alternatives, you’ll also find GIMPshop, one of our favourite apps that makes GIMP’s interface easier and more familiar to use. If you want to narrow your search even further, you can check out Open Source Windows, which lists a few essential apps — as well as our list of the 50 free apps we’re thankful for, which includes many open-source programs.