Ask LH: How Can I Help My Kids Develop Better Social Skills? 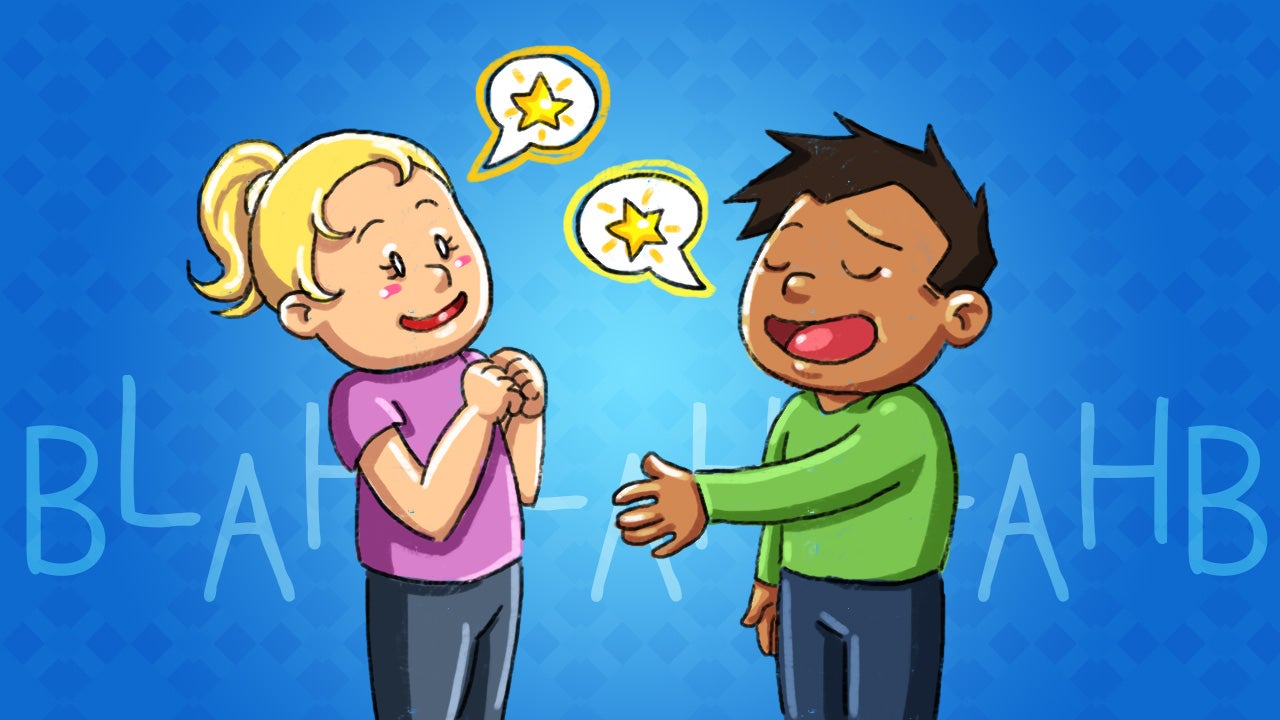 Dear Lifehacker, I want my kids to grow into happy, well-adjusted adults. When it comes to social skills though, I'm at a loss. One of my kids seems lonely yet disinterested in others, while the other is the terror of the schoolyard. What can I do to help them develop the social skills they need for life? Signed, Pensive Parent

It's great that you're interested in your children's social development, since it will be a critical part of their success and happiness as they get older — even more important than their academic skills or intelligence. (Also, no one wants to be that parent who's raised "Mean Girls"-like bullies.) You have a chance now to greatly influence your kids' social intelligence and teach them things even we awkward adults are still perfecting, like how to build friendships and deal with rejection. They're important lessons we all keep learning, and the sooner we start, the better.

The Social Skills All Kids Need to Learn

It seems like some kids (or people of any age) are more naturally socially adept than others — you know, the kind of people others gravitate to and for whom making friends comes easily. Don't worry if your children don't fit that mould or aren't winning any popularity contests. Like any other skill, social skills can be learned, and, besides that, "being social" or outgoing isn't the end goal in itself.

What is important, however, is that kids are able to form meaningful bonds with others, can empathise and interact with others appropriately, and have the skills to adapt in uncomfortable situations. Unfortunately, as the University of Memphis points out:

Many students do not know how to handle interpersonal social situations that involve following directions, holding a proper conversation, listening, giving compliments, proper behaviour during transition times, teasing, bullying, or just "hanging out" with friends.

Those are basic skills we want all kids to be able to have. Depending on your children's ages, they might also need more specific social skills.

Vanderbilt University found the top 10 social skills kids need to succeed in school, based on surveys of 8000 primary school teachers and two decades of classroom research, are:

These might seem like social skills promoted just to turn out "nice girls and boys" who earn the "gets along with others" check on their report cards, but they're fundamental behaviours that help kids succeed (not just survive) in a world that emphasises social norms. The goal isn't just to make them cooperative, but to hone their social GPS so they can both advocate for themselves and care for others. (Heck, we probably all know a few adults who could stand to learn many of these skills too.)

Social Skills for Pre-Teens and Teens

Older kids, in middle school and high school, have more complex social skills to learn, thanks to growing peer pressure and that simply awkward period called adolescence. It's a time when they're becoming more independent, but everyone's forming cliques; when they're making big decisions about who they are and what they want to be but also might start to care a bit too much about what others think.

During those rocky years, adolescents can learn to be more emotionally intelligent, author James Windell says, if they learn to:

It's easy to say a toddler should learn how to follow directions or a young adult should know how to be assertive; it's another to know how to best help them do that. So let's look at a few strategies.

The first place we learn social skills, of course, is at home, and what we do as parents is more important than what we say. As All I Really Needed to Learn in Kindergarten author Robert Fulghum says, "Don't worry that children never listen to you; worry that they are always watching you."

Modelling positive social skills includes showing confidence ourselves when we relate to others, being friendly to strangers, offering to help others, and also treating our kids with respect (no matter how much they might be pulling at our last straw). Dr Laura Markham writes on Aha! Parenting:

Teach your child that people are important. All parents have to choose their battles, so put up with messiness and dawdling if you must, but teach your child consideration for others. Model it for him early on, praise it, help him brainstorm to solve peer problems, and don't let your child intentionally or unintentionally disrespect another person. It you can't confront it as it happens without embarrassing your child, be sure to talk about it later. As kids get older, you may need to be very explicit about insisting that they acknowledge adults in their presence, as well as other kids. Often preteens and young adolescents need to be reminded of this, and to be given coaching on how to handle interactions that feel awkward to them.

The funny thing about being a parent is it forces you out of your shell and can help you become a better person through analysing your own behaviours and attitudes. In a great article summarizing research on children's social skills, Auburn University professors Jacquelyn Mize and Ellen Abell write:

Parents of these socially competent children endorse interpretations of social events that encourage resilient, constructive attitudes (Mize, Pettit, Lindsey, & Laird, 1993). Rather than making a statement such as, "That's a really mean kid!" they may say something like, "Gosh, maybe he's having a hard day." They make constructive attributions such as, "Sometimes kids just want to play by themselves," rather than expressing a sentiment like, 'They're not very nice if they won't let you play." These parents avoid defeatist comments such as "Maybe they don't like you," and offer instead suggestions like, "Maybe they don't want to play that, but there might be something else they think is fun." Such positive, constructive statements encourage children to take an optimistic view of others and themselves as play partners. They reflect an upbeat, resilient attitude toward social setbacks and the belief that social situations can be improved with effort and positive behaviour.

If your kids are naturally shy or feel insecure, try not to label them as such or try to force them out of their shyness. Instead, if your child is socially anxious, Dr. Markham recommends empathy and a problem-solving approach:

Don't label your child as shy. Instead, acknowledge his feelings and point out that he can overcome his fears. For instance, "Sometimes it takes you a while to warm up in a new situation. Remember Billy's birthday party, how you held my hand all through the games? But by the end, you were having lots of fun with the other kids."

Teach your child effective strategies for dealing with shyness. The general rule of thumb is to accept the nervousness that comes up as a part of normal life that affects most people, reassure yourself that you're ok anyway, and focus on others rather than yourself. For instance, remind your child that she doesn't have to be interesting, just interested, and teach her to ask other kids questions and listen to their answers. Brainstorm with her how she might handle a situation that makes her nervous.

Another reason not to label young people as shy is it could become a self-fulfilling prophecy. I was told I was shy as a child, when really I think I was just naturally quiet and introverted. Having that label, though, led to me feeling tense and anxious during social situations — true shyness, which often starts out as a reinforced habit.

Give Plenty of Opportunities to Practise Social Behaviours

Kids learn social skills first from you, but then to a large degree from their peers. The more chances kids have to interact with others, the better.

That means supporting and encouraging kids' friendships — even if it means you become Dad Taxi Service or have to spend playdate time, as Louis CK laments, with kids and parents you couldn't care less about.

Kids also will learn crucial skills from simply playing with you. According to Dr Mize and Dr Abell, the research suggests that children whose parents frequently play with them have more advanced social skills and get along better with their peers. It's especially true if you play with them on their level, following their lead and in a "peer-like" way:

Children benefit from this type of play for several reasons. From balanced, responsive play with a parent, children may learn many of the skills commonly displayed by the socially competent preschoolers described earlier. In addition, when parents are responsive to children's play ideas, children may come to feel that they are good, effective play partners and thus are eager to play with peers. Finally, fun, balanced parent-child play may instil that positive outlook toward others that makes children look forward to play opportunities with people outside the family.

Parenting Science has a few social skill activities you can do with your kids (school-aged and teens) based on research — and they're actually fun games, such as charades.

All that said, chances are your kids are learning positive social skills the way most of us do, simply as we go along and through trial and error. Don't worry or try to intervene too much unless there are serious signs of social trouble (for example, if your kid's teacher warns of discipline problems). Most kids are insensitive (or even unkind) or socially clumsy sometimes.

Here are some signs that your child might need more social coaching (from you and/or teachers):

In those cases, you'll want to take a more active approach to helping your kids with their "interpersonal skills". Otherwise, just keep playing with your kids, being a model of social grace and helping them build their relationships.