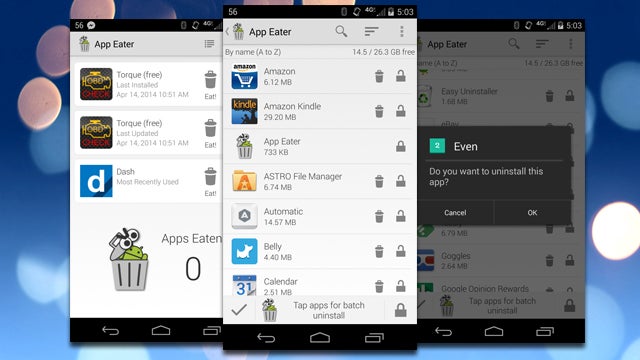 Android: There are many ways to uninstall apps on Android, App Eater may be the way to go if you want to remove many apps in one go. It can also lock certain apps so they’re hidden from your home screen or launcher.

App Eater shows your most recently used apps by default. So, if you’re finally fed up with that one annoying app, it’s a simple task to get rid of it. You can even create a widget that automatically uninstalls the last app you opened. Since App Eater pulls double duty as an app locker, it stands apart from other batch uninstaller apps on the Play Store.