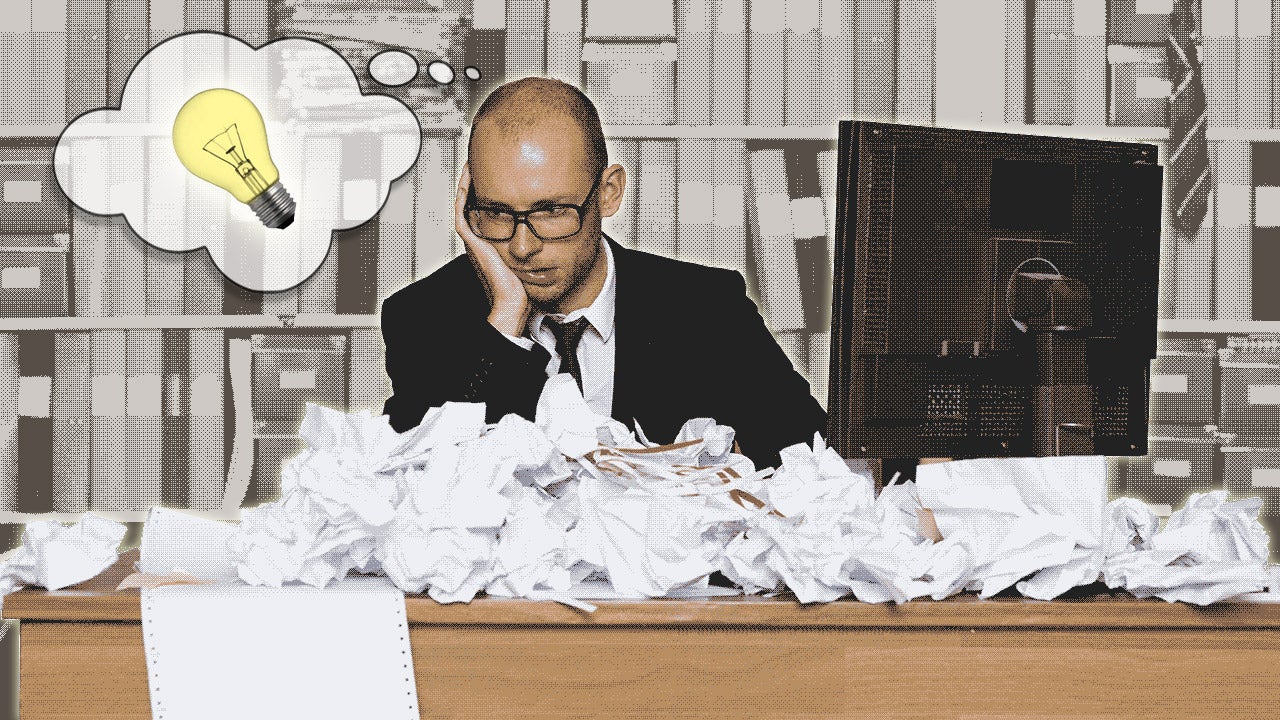 Steve Jobs, Albert Einstein and Mark Twain. What is one thing these three visionaries have in common? They all had very messy workspaces.

This post originally appeared on the Busy Building Things Blog.

These three game-changers were never ones to follow the crowd. We can see this by how unconventionally disorganised their desks are. There was a method to this madness: under the mass of papers, magazines and various objects, there is a sense of organisation only the creator can operate through.

Here are some other creative powerhouses that have messy desks: 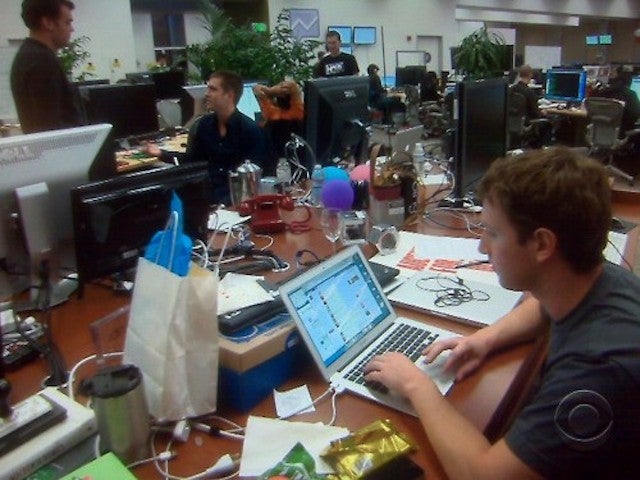 Mark Zuckerberg, founder and CEO of Facebook hard at work on product. (Image via Tiphereth.) 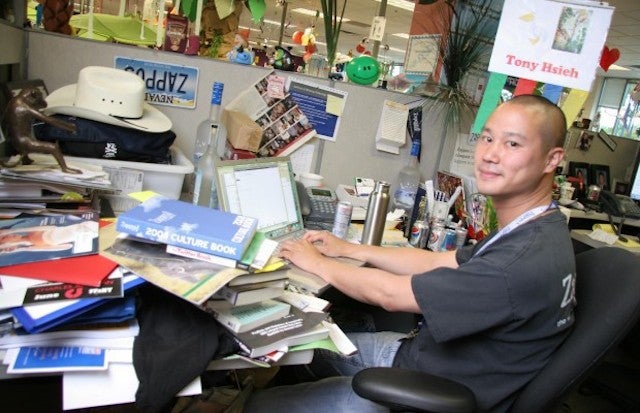 Tony Hsieh, CEO of Zappos, with everything ranging from books on culture to cowboy hats. (Image via Complex.) 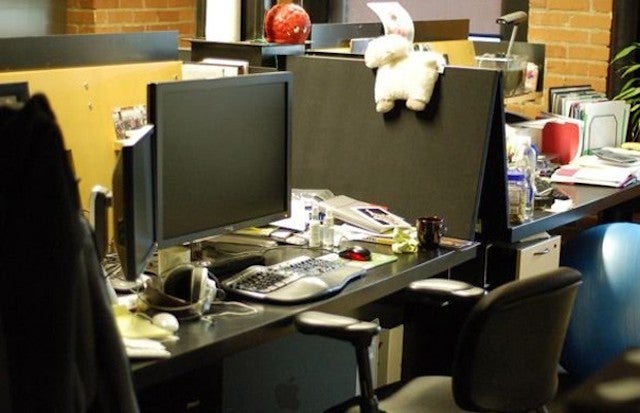 Environments have historically played a major factor in how creative our minds are. For example, when he was trying to create the first polio vaccine, medical researcher and virologist Jonas Salk went to the monastery at the Basilica of Assisi in Umbria, Italy and explained in his later days that this environment change helped contribute to the discovery. It doesn't necessarily take such a massive change to prompt creativity; rather, the key to a more creative state of mind can be found right at our desks.

Recently, a study conducted by the University of Minnesota found that people with a messy desk were more prone to creativity and risk taking, while people at cleaner desks tended to follow strict rules and were less likely to try new things or take risks. Dr. Vohs and her co-authors conclude in the study, "Disorderly environments seem to inspire breaking free of tradition, which can produce fresh insights."

Rather than leaving a desk in a state of constant messiness, it can be helpful to modify the environment as it suits our needs. Think of messiness and cleanliness as a spectrum that also has a corresponding creativity setting.

The study in the University of Minnesota featured an experiment where respondents with clean desks chose apples over candy bars, and selected more established solutions over new ones. When you're generating ideas and concepts, it could help to have a messier desk. However, when you're trying to be productive, getting a specific task accomplished, or simply need to execute on a creative concept, cleaning your desk can "trade in" your creativity for efficiency.

In case you are trying to be more creative, here are some ideas: instead of throwing out those magazines right after you're done with them, leave them hanging around your desk. Don't shelf those books yet. Keep anything that could potentially inspire you (including art prints). "There are two types of messy environments," Vohs said in an interview with NY Daily News. "One is unkempt and one is dirty. I don't think these results suggest leaving around banana peels and dirty dishes for a week."

This creativity comes with a social cost: as staffing firm Adecco discovered, the majority of our colleagues and peers judge us based on how clean (or dirty) our desks are. Should your desk be left in a perpetually messy state, "They think that you must be a slob in your real life," says Adecco's VP of Recruiting Jennie Dede in an interview with Forbes.

While remaining hygienic would minimize the possibility of this scenario, here's another reason not to leave your desk in a constant mess. Adjust it along the spectrum between the ends of creativity and efficiency. Be aware of the impression you may be giving to colleagues, but don't be afraid to explain your reasons for an intentionally messy desk — you've got anecdotal and empirical evidence right here.

Starting at very early ages, we have been trained to clean up our toys and make our beds. But perhaps our mothers had it wrong. As you can see from the examples above, messy environments can enhance our creativity by letting our lives get a little messy.

Why You Should Have a Messy Desk [Busy Building Things]

Inspiration is a fuel, a temporary ability to do tough things. Companies like Facebook, Google and Shopify renew their inspiration by using our art products. Get busy building things. This post was written by Herbert Lui and edited by Robleh Jama.