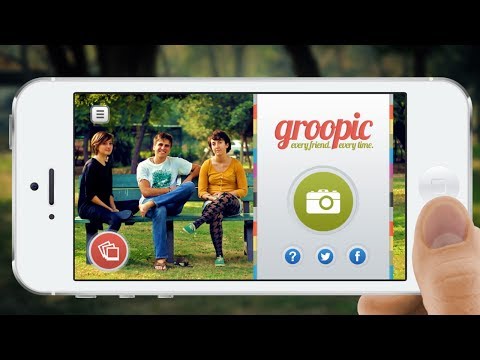 The app has a built-in tutorial, but it’s pretty easy to figure out. For example’s sake, let’s say A, B and C are taking a group photo. First, A takes a photo of B and C. Then, while A stands still and holds the camera steady, C comes over and takes the camera. A then goes and poses with B, making sure the spot where C was standing or sitting is kept empty. C now has to align the frame with a ghost image of the photo A took. Once C takes the photo, Groopic will ask to identify the two photographers in the two photos.

It’s a simple process and once you’re done, Groopic will smartly stitch the two photos into one seamless image. The results are quite convincing if you’ve followed the instructions and aligned the two frames well.

In the free version, Groopic lets you share low-res images of your final photo to social networks or cloud storage. But you’ll want to spring for the $0.99 in-app purchase to unlock the app and save all your photos in their original resolution to your device’s memory.