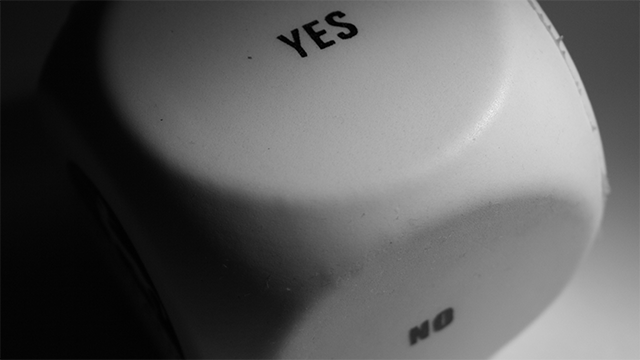 When asking for something you want or need, there can be a fine line between making a simple request and rudely imposing on someone. That line may simply be defined as what type of person you're asking.

As author Oliver Burkeman explains, there are two types of people when it comes to making requests: Askers and Guessers. Askers are generally raised to believe that it's OK to ask for something, knowing the answer could very well be no. Guessers, on the other hand, attempt to read the nuance of the situation and only ask if they think they have a high likelihood of getting a yes. The friction comes when one type meets another:

Neither's "wrong", but when an Asker meets a Guesser, unpleasantness results. An Asker won't think it's rude to request two weeks in your spare room, but a Guess culture person will hear it as presumptuous and resent the agony involved in saying no. Your boss, asking for a project to be finished early, may be an overdemanding boor — or just an Asker, who's assuming you might decline. If you're a Guesser, you'll hear it as an expectation.

Of course, it's possible for someone to float back and forth between the different types, but knowing how the person you're talking to reacts to requests can go a long way. We're big fans of just asking here at Lifehacker, but if you have Guesser tendencies and you can identify an Asker, feel free to apply that concept to more than just bills.