A Tax On Soft Drinks Could Be Coming (But How Fattening Are They Really?) 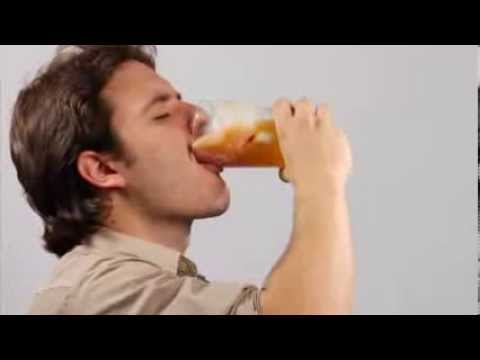 Australia’s leading health organisations are urging the government to introduce a federal tax on sugary soft drinks in a bid to curb obesity rates. Citing a recent US study, the campaign claims that a daily can of soft drink can lead to a weight gain of 6.75kg per year. But is their data actually accurate?

The Cancer Council of Australia, Diabetes Australia and the National Heart Foundation have joined forces to tackle the nation’s addiction to soft drink — and they’re not above using shock-tactics to get their point across. In the above TV ad, a man gleefully slurps down a glass of liquefied fat, which supposedly indicates what you’re really ingesting when you have a soft drink. Hmm.

“Soft drinks seem innocuous and consumed occasionally they’re fine, but soft drink companies have made it so they’re seen as part of an everyday diet – there’s an entire aisle dedicated to them in the supermarket, most venues and workplaces have vending machines packed with them, they’re often cheaper than bottled water and are advertised relentlessly to teenagers,” Craig Sinclair, Chair of the Public Health Committee at Cancer Council Australia said in a campaign announcement.

“But sugary drinks shouldn’t be part of a daily diet — many people would be surprised to know that a regular 600ml soft drink contains about 16 packs of sugar and that’s a lot of empty kilojoules. Yet they’re being consumed at levels that can lead to serious health issues for the population – it’s time to stop sugar-coating the facts.”

Over the past twelve months, Australian consumers purchased an estimated 447 million litres of cola-flavoured soft drinks — which is enough for nearly 4 million Pepsi baths. When combined with all other soft drink flavours, the total fizzes out to a massive 1.28 billion litres.

A significant proportion of this amount is being consumed by kids, with nearly half of all children aged between two and 16 drinking sugar-sweetened beverages on a daily basis. The campaign is thus urging Federal Government to implement restrictions that will reduce children’s exposure to marketing of sugary drinks.

“State governments too can help to address the problem by limiting the sale of sugary drinks in all schools and encouraging places frequented by children and young adults such as sporting grounds to reduce the availability of these drinks,” said Kellie-Ann Jolly, acting CEO of the Heart Foundation (Victoria).

In addition to reducing availability in the playground, the campaign is also urging the government to introduce a tax on sugar-sweetened soft drinks in a bid to reduce consumer intake. Presumably, a taxation would lead to cheaper diet soft drinks, although we wouldn’t put it past manufacturers to hike up the price of their entire range to avoid “consumer confusion” or somesuch bollocks. Tch, eh?

Here are the key aims of the ‘Rethink Sugary Drinks’ campaign in full:

One of the chief justifications for the campaign is a recent study published in the Journal of the American Medical Association which found that consuming one can of soft drink per day could lead to a 6.75 kg weight gain in one year.

We think it’s worth pointing out that the majority of soft drinks manufactured in the US are sweetened with high fructose corn syrup rather than cane sugar. This means that any study conducted in the US is largely irrelevant to Australia. Indeed, a 2010 study from Princeton University found that rats that ingested high fructose corn syrup gained significantly more weight than rats that ate an equal calorie amount of table sugar.

With that said, there’s no denying that soft drinks are a key contributor to obesity in Australia which makes this campaign a worthy one (disingenuous comparisons to the US aside). You can learn more about the particulars of the campaign at the official Rethink Sugary Drinks website. We’ll also have a diet soft drink taste-test roundup, coming soon.

See also: How Much Does A Pepsi Bath Cost? [Video] | Ask LH: Is Coffee Worse For You Than Coke? | How Many Soft Drinks Do You Drink Per Day?