Hacker Challenge: Can You Top This Guy’s Voice-Controlled Home? 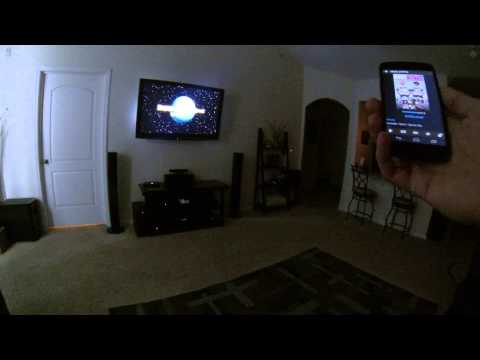 In the above video, DIY hacker Doug Gregory shows off his voice-controlled home which was created using a Nexus 4 smartphone, a handful of plugins and some cheap Home Automation equipment. Can any of you lot match his tricks?

Doug’s Voice-controlled Home Automation system controls everything from the lights around the room, right through to his media suite. We’re particularly impressed by the sophistication of the speech recognition software: note how he uses language naturally to string commands together and get different tasks done.

Here’s a brief explanation of how it was done from Doug’s YouTube page:

The total list of software used is as follows:

If any readers reckon they have the technical chops to pull off something similar, we’d love to hear about it. (Personally, I use a less reliable but far more likable Home Automation solution which I call ‘five-year-old daughter’)