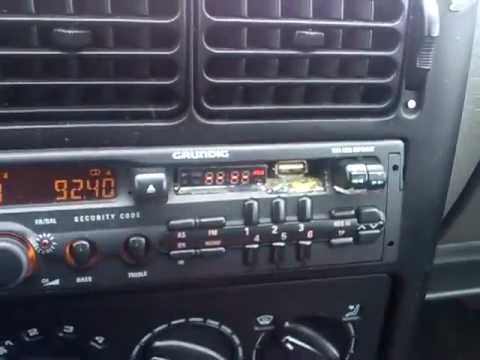 We’ve talked about adding an auxiliary jack to your car before, but DIYer Ivan took it a step further and put a full-blown MP3 player in his car. It’s hidden inside the cassette deck where thieves can’t see it.

Hidden behind a fake cassette deck, Ivan installed a full MP3 player with a USB port, where he can connect flash drives and play music through his regular stereo. That means he gets the best sound quality possible (not the crappy sound quality you get with a cassette adaptor), he can control it with his steering wheel and even see a timecode inside the cassette deck. He’s also hidden an auxiliary jack behind the deck’s rewind button, in case he wants to plug in a phone, iPod or other device that doesn’t work over USB. Check out the video above to see it in action, or hit the link below for the full breakdown of how it works — it’s a really cool idea.