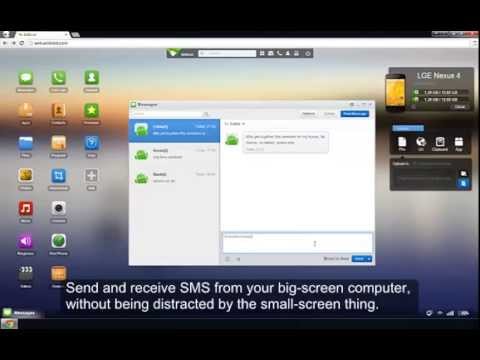 Android: We mentioned AirDroid 2’s public beta a few months ago, but the new version is finally available at Google Play and open to all users. The final version has a bit more polish and brings some new useful tweaks to the table.

As promised, you no longer need to have your phone and your computer on the same Wi-Fi network in order to control it with AirDroid. Just like the beta, as long as you have your phone set up (you’ll need to be on the same network to pair it and create an account if you don’t have one already), you can then enable remote access and then connect to it from your desktop web browser anytime you want. Unfortunately, connecting remotely means you’re routing traffic through AirDroid’s network, so you’re capped at 1GB of data transfer. Don’t worry though: that’s actually a lot of data, as long as you’re not streaming media or transferring huge files.

The AirDroid web app has seen some upgrades as well: features like remote calling, texting, file transfers and sideloaded APK installs have all been brought to the fore, where they’re a little easier to find and access. You can still get your phone’s precise location via GPS, control your phone’s rear camera (without activating the camera app, so if your phone is lost, the person who has it doesn’t know you’re on to them), and access files and folders on your SD card. Sending SMS messages through your phone while sitting at your desktop keyboard is just as easy as always.