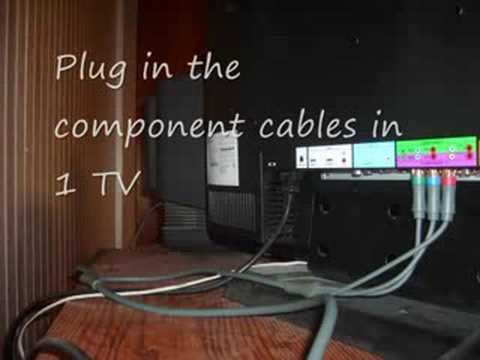 Original Xbox 360s came with a shared cable that works as both a composite cable and a component cable but is not designed to be used for both simultaneously but it does work if you set the switch on the adaptor to TV instead of HDTV. Obviously this won’t work on newer HDMI-only Xbox models so in that case you’ll have to pony up for a HDMI splitter.

One Xbox 360, two TVs, three times the fun [YouTube via The How-To Geek]