How To Stop Birds From Flying Into Your Windows

Ever found a beautiful bird dead outside your home? Chances are it smashed into your window and never recovered. For every dead bird you find, just imagine how many were snatched up by a cat or pulled into the brush by some other critter. Worldwide, window collisions kill close to a billion(!) birds every year. Now is as good as ever to make your home bird safe. The DIY experts at Stack Exchange tell you how.

Over the last three days, I have probably had over a dozen birds try to fly through my sunroom, only to be stopped by the 1.82 x 1.32m sliding windows. Three of the birds have died.

What can I do so that the birds realise there is something there, thereby preventing them from flying into the window?

The NYC Audubon Chimes In

After habitat loss, the greatest threat to wild birds may be glass windows.

NYC Audubon started Project Safe Flight in 1997 to address the issue in New York City. Daniel Klem, an ornithologist at Muhlenberg College, estimates that close to a billion birds are killed every year by flying into glass. A study he conducted, with NYC Audubon, found 1.3 birds killed per hectare per year in an urban setting, which works out to over 90,000 birds per year in New York alone.

All bird species are vulnerable, although migratory songbirds are the main victims. Most are killed instantly, but others succumb when they are stunned and fall prey to gulls, rats, or other predators.

We have rescued over 1200 birds, persuaded buildings to retrofit their more dangerous windows and published Bird-Safe Building Guidelines to help architects and designers develop solutions in new buildings.

Private homes as well as skyscrapers endanger birds. Most home owners have heard the unpleasant thump that means a bird has hit a window; many have also found bird carcasses near their windows. Birds do not see the glass as a solid barrier; they see reflections of trees or sky or a fly-through to open space beyond. This should come as no surprise, since even people occasionally walk into glass doors. For a person it is merely embarrassing, for a bird it is often fatal.

Homeowners can reduce the collisions and save bird lives in a number of ways:

– Bird feeders should be placed within a metre of a window, so that birds visiting the feeder cannot get up enough flight speed to hurt themselves.

– Installing a pattern on a window where birds are known to hit can be uncomplicated and inexpensive. Patterns with negative space no greater than the size of a hand, are most effective.

– Decals of hawks or other raptors are not particularly successful, unless the decals are spaced very closely — and then it doesn’t really matter if they are of birds of prey or an abstract design.

Some suggestions for temporary or seasonal fixes:

– Place vertical tape strips at a maximum of 10cm apart or horizontal strips a maximum of 5cm apart. ABC BirdTape, is long-lasting and more aesthetically pleasing than masking tape or electrical tape, though all are effective. Be sure to place the tape on the outside of the window for maximum effectiveness.

– Soap windows, or use window paints or tempera paints to obscure most of window.

– Draw blinds and move indoor plants away from windows. This will not work if there are strong reflections of the landscape in the window.

For more permanent fixes, ones that keep birds from striking glass or lessen reflectivity and transparency, we suggest: 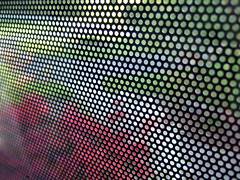 Install a frosted or opaque window film. Collidescape is a film that looks opaque from the outside, but allows views out. Films are most effective when applied to the outside of the window. Most films are not guaranteed when placed on the outside surface, but many are reasonably long-lasting on these surfaces.

– Install awnings, lattice work, or shades in front of windows.

– Install unobtrusive netting in front of window. A company called Bird B Gone has designed several types for glass windows and facades.

Watching birds and nature from inside your home should be a pleasure. Bird fatalities are an unintended consequence of home design. But with some creativity and imagination, you should be able to see your birds and keep them safe.

There are two reasons birds fly into Windows, either they can’t see the glass or they see a reflection in the glass. The only real solution, is to make the window more visible or less reflective. 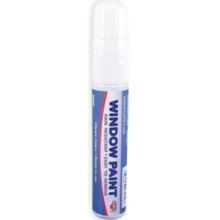 One solution: put decals, tape, paint, marker, or some other type of markings on the windows. You could also try hanging wind chimes, or other decorative items inside/outside the window.

Another solution that seems to be successful, is to hang fine mesh over the windows. The theory here is that the mesh will reduce the reflection on the windows, so birds will be less likely to think they are flying into whatever is reflected in the window.

You could try making up some detachable screens for the exterior of the windows and put them up during the migration season. This might be a less noticeable solution.

Do you have a clever solution to reduce bird strikes? Leave your suggestion in the comments, submit it at Stack Exchange. Want to pass on your DIY wisdom in another way? Check out these unanswered questions at our DIY site. Stack Exchange is a place to trade expert knowledge on diverse topics from software programming to cycling to scientific scepticism. And that’s just a start.