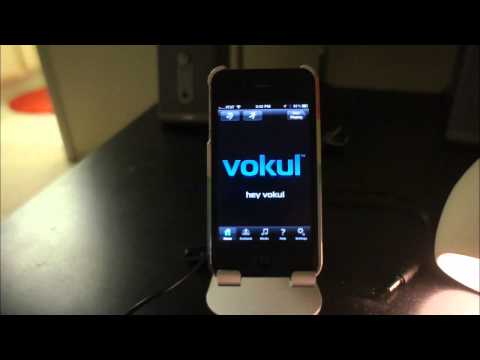 You’re probably well-aware that at this point Siri is only (officially) available for the iPhone 4S, leaving everyone else out of the voice command party. On top of that, Siri requires actually touching your phone to initiate a command. This isn’t necessarily the safest option in the car.

Vokul, on the other hand, works on pretty much any iDevice with iOS 4.1 or later and doesn’t require you do anything other than say its name. When the app is open, Vokul will be listening for the words “Hey Vokul” at all times (you can tell it to just accept voice commands without these keywords or require a tap first). When Vokul hears this phrase, it will ll respond with a beep and you’ll be able to tell it what you want to do. You can ask it to play any audio on your device, make a phone call, or send a text message. It can respond to these commands even when you’re listening to music, although I found that it sometimes needs you to try a couple of times if the music is particularly loud.

Overall it works very well. Text message dictation allows for punctuation and is remarkably accurate. It didn’t make a single mistake with the six messages I tried. I was able to initiate calls very easily as well, and it helped me choose a phone number when there were more than one. The only disadvantage with calling is that it requires the app to close so the phone app can open, but Vokul will provide a push alert after the call has finished to make it easier to return to the app. Music works very well, too, but if you have any foreign music you’re going to have to learn how to mis-pronounce its name. Vokul won’t understand you if you’re speaking Spanish or Japanese, for example, and guessing how it will speak words in foreign languages can sometimes be a little complicated. (This also makes Lifehacker’s Australian editor curious about how it will cope with Aussie accents; if you’ve tried it, let us know.)

Overall, Vokul is really great and especially attractive to those without Siri. It may be useful to those with Siri as well, however, as it’s completely hands-free in the car. We hope to see more features in Vokul as it continues to develop, such as voice-assisted driving directions, but it’s off to a great start.