Simulate ‘World of Warcraft’ to Find the Best Gear Upgrades

Qantas Trialling iPads At Every Seat 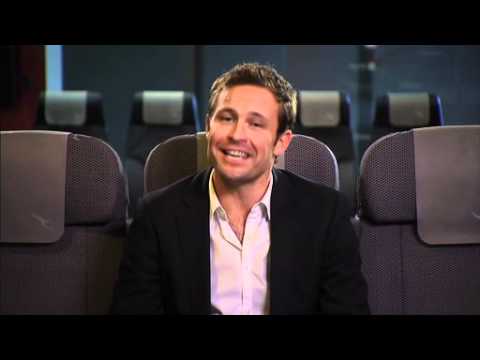 Jetstar has already tried it, so it’s not a total surprise: Qantas is trialling a service called ‘Q Streaming’ where passengers will be provided with an iPad for accessing entertainment content wirelessly. Further ahead? Watching the same programs over Wi-Fi on your own device.

Here’s how Qantas explains the program on its Facebook page:

Everyone onboard our dedicated Boeing B767-300 aircraft (registration VH-OGH) will be provided with an Apple iPad in their seat pocket to access over 200 hours of programming. Later on in the pilot you’ll be able to access the content from your own Wi-Fi enabled device. So if you’re flying on this aircraft give it a try and tell us what you think.

The entertainment systems on Qantas’ newer aircraft are already fairly decent, but not having a seat-based system could cut the airline’s maintenance costs. That said, making tablets available in a secure environment for passengers isn’t a trivial task, as Qantas’ budget subsidiary Jetstar discovered when it launched a similar service last year (and one that didn’t need Wi-Fi to work). As well, we’ve been promised some form of Wi-Fi on Qantas plans for a very long time now, so I’ll believe it when I see it. But I will probably try and get on that plane.