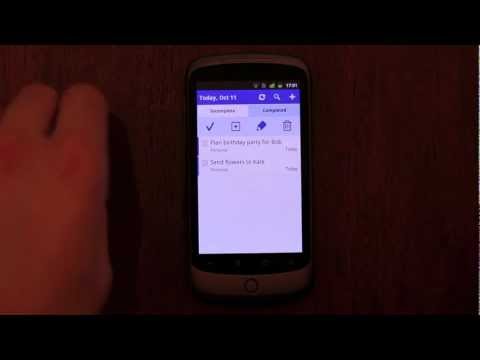 Android: GTD-style to-do manager Remember The Milk announced a major update to its Android app today, including an overhauled interface with new features and a free version of the app with basic features for all users. Remember The Milk 2.0 now allows you to edit multiple tasks at once, offers a dashboard that lets you skip quickly between items due today, tomorrow or later, and even a reminders bar so you’re always aware of what’s next.

The Remember The Milk Android app used to be free only if you had a $US25/year Pro account; now the app is free to all users, but only basic features are available to free users. Free users will be able to use the app, but they can only sync with RTM servers once every 24 hours, and they have to do it manually. Pro users get unlimited and automatic syncing, as well as home screen widgets, location-and-time-based reminders and more.

The update obviously benefits pro users the most, but offering a free version with basic features is a good way to get new users (or people who have tried RTM but gave up on it) to give it a shot. What do you think: is the update enough to make you take another look? Share your thoughts in the comments.