Use An Orange Peel To Cook An Egg Over A Campfire 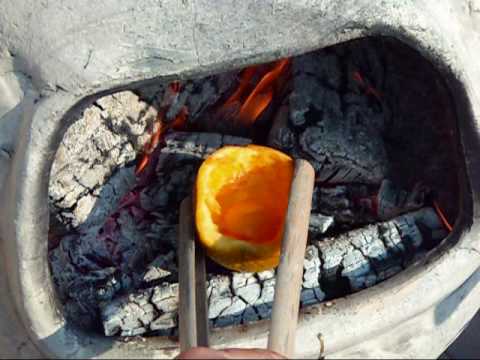 Ready for some campfire cooking? Here’s a Boys Scout method for using an orange peel as your pot to cook an egg.

You don’t need pots or pans to make a campfire breakfast: Just crack an egg into the peel of half an orange and cook over hot coals for about 3-5 minutes.

The moisture of the orange peel prevents the egg from burning, apparently, and may impart a nice orange-y flavour to the egg.

If you like your egg a little softer, How2Heroes uses this unique cooking technique but wraps the orange-egg-combo with foil instead of placing directly on the coals.

For a different egg flavour, you could also cook an egg inside an onion on an open campfire.

Cooking an egg in an orange peel [YouTube via How2Heroes]