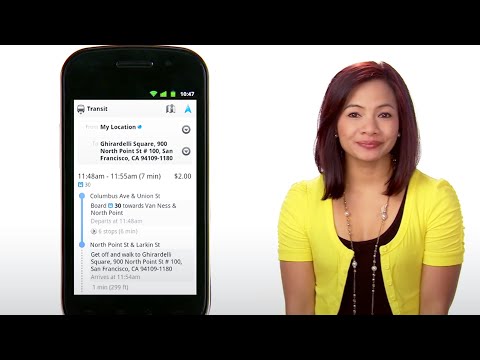 Android: The latest Google Maps for Android updates today with several improvements, but the most notable is the new Transit Navigation feature, which adds GPS-assisted, stop-by-stop navigation for public transport.You know when you’re on a train listening to your headphones but also trying to keep one ear on the announcements so you know what stop you’re at? Transit Navigation gives you stop-by-stop announcements for your bus or train, then lets you know when it’s time to get off. Awesome, right? It works with the over 400 cities Google supports transit directions for, including Sydney monorail and light rail, Adelaide Metro and Transperth. (Which, as we’ve often said before, is relatively lousy Australian support but better than nothing.)

In addition to Transit Navigation, the new release adds an improved directions interface (intended to make it easier to switch between types of directions), improved search suggestions, and a photo viewer for Place pages. The marquee feature of this release is obviously the Transit Navigation, though. Assuming you’ve got a GPS signal and/or data connection, it sounds like a commuter’s must-have.

Google Maps 5.7 is a free download from the Android Market.