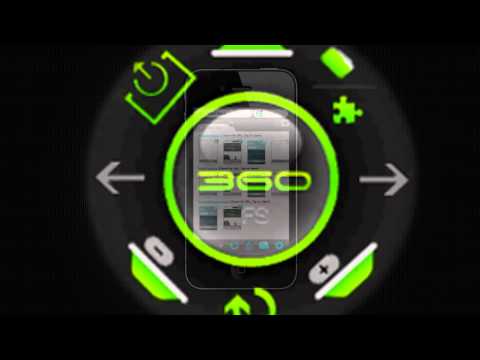 iOS: 360 Browser for iPhone and iPad rolls flash transcoding on-the-fly (for select sites) with support for multiple downloads, multitouch gestures for browsing, support for Firefox Sync, and a skinnable interface all into a mobile browser that still manages to be fast.

We mentioned 360 Browser months ago, but since then the developers have launched a new version that fully supports Firefox Sync for bookmarks, passwords and tabs. The app also supports multiple downloads and features a download manager that runs in the background, and will upload files you want to Dropbox for you. If you’re downloading media, the app has a built-in media player.

The app also allows you to program nine specific gestures to perform commands you choose. 360 Browser’s flash video support requires the Clip Converter plugin, which is included with the app. The plugin currently supports DailyMotion, Vimeo, Metacafe and others, but the developers promise additional sites will be added in future updates. The app’s full feature list is long, but it’ll only cost you $1.19 to try the latest version. It’s available now.