The WakeMate Wristband And Smartphone App Monitor Your Sleep, Wake You Up Pleasantly 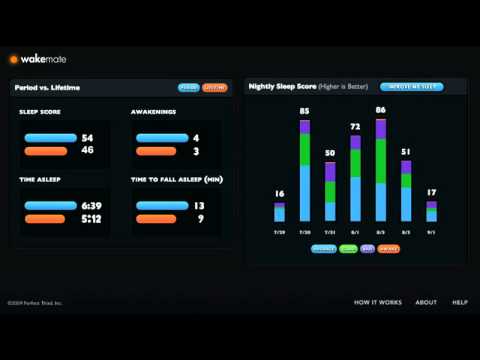 The WakeMate wristband monitors your sleep cycles, and uses your iPhone, Android or BlackBerry device to wake you at the most opportune time.

Our sleep cycles rotate between shallow and deep sleep, and it’s much easier to wake up from the shallow end of the cycle. Unfortuantely, traditional alarm clocks don’t care what part of the cycle you’re in, so sometimes they’ll rip you away from your heavenly slumber at the worst time.

We’ve featured a few mobile apps that try to wake you peacefully, but the Wakemate has the advantage of actually attaching to your body to accurately monitor your sleep. It then communicates with your device to set off your alarm at the optimal time, when you’re in shallow sleep, so you wake up happy.

The WakeMate runs for $US60, which sounds like a lot, but if it works as advertised, it seems well worth the money. We’ll actually be reviewing the WakeMate alongside some cheaper options in the near future, too, so if you’re on the fence, keep an eye out for a more thorough comparison.