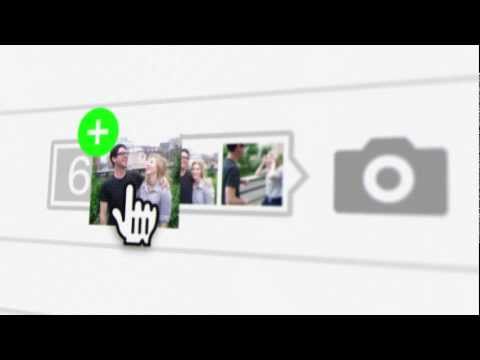 We’ve been hearing rumours about an upcoming Google-based social network for months, and Google has finally delivered. Its social project works similarly to other popular networks, but with innovative new additions like group video chatting, group messaging, and a much easier to use interface.

Google+, on the surface, doesn’t look all that different from Facebook or Twitter. You have a profile that’s all about you, you can share thoughts, links and photos with all your friends, and view a feed of the things your friends have shared. However, it adds some pretty cool new features that actually make it a compelling service. Here’s what it has to offer.

Circles: Google Circles is the centre of Google+. It’s similar to Facebook and Twitter lists, except it’s actually easy to use: Google+ grabs your friends from your Gmail contacts, and you can drag and drop them into groups of people based on your relationships, interests, or whatever you want. The goal is to get rid of all the crap in your feed that you don’t want to see. Got a group of techie friends? You can share all your Apple news or software tricks with them and only them. Got a humorous but raunchy video you’d rather not share with your mum? Share it with just your friends that appreciate off-colour humour. Of course, it still relies on you actually creating those lists, but it’s easier to do than on other networks, meaning that, in theory, you have a better chance of actually using the feature.

Sparks: Sparks is like a recommendation engine, Instapaper, and social network all rolled into one. You tell Sparks your interests and it’ll grab recent, interesting content on that subject — whether it be videos, books, blog posts, or pretty much anything else Google can search. You can then save these items for later and share them with your friends. It’s populated by how often things are being shared and through Google’s +1 buttons, so it has the potential to be pretty cool — if people use it.

Hangouts: This is a really cool feature that other social networks (and even IM services) seem to be severely lacking: a “come video chat with me, I’m just hanging out” button. Right now, most people seem to schedule video chats ahead of time and with purpose — most people don’t just video chat out of the blue. In Google+, you can just hit the hangout button and all your friends will see that you’re available and not busy, open to video chatting. They can then “join” your hangout and video chat with you and other people. Again, it requires people actually use the service, but it’s better than Skype or iChat as-is, where people only see that you’re online, but there’s no open invitation to come on in and video chat.

Huddle: Group texting is nothing new, but with BBM on BlackBerry, iMessages on iOS, and Android supposedly creating their own, there’s very little that’s cross-platform. Huddle is Google’s answer, which will be available on more platforms and be a bit more at the forefront than, say, something like Facebook messages, which seems buried in a sea of other features. With Huddle, you send messages to all the members of one of your circles, perfect for planning a quick hangout without the hassle of mass text messages.

Google+ is going to have a desktop app that you can access from the top bar on every Google page, but it will also be available on both Android and iOS. Just like other social networks, this means you have access to your messages and your feed wherever you go, you can attach location to your posts, and instantly upload photos and videos to your profile.

Is Google+ a Facebook killer? Probably not. Will people use it? It’s very possible — Google has already permeated itself into every corner of our online existence, and with Google+ being in the toolbar of every Google page you use (plus a few compelling features), it could very well become something you actually use. The whole thing’s still a bit of a work in progress, so we’ll just have to see how it plays out. It’s invite-only for now, so head to the Google+ home page and request one for yourself to try it out.