MIUI Is A Gorgeous, Super-Fast ROM For Android 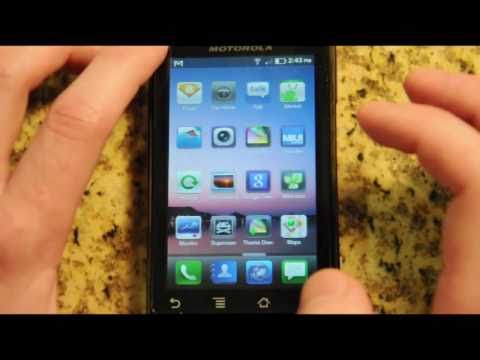 If you’ve become a bit bored with the way Android looks and works, MIUI is a completely different Android experience, bringing a beautiful iOS-like interface, blazing speed, and tons of extra features to the Android operating system.

Now MIUI is in a state where I feel a bit more comfortable talking about it. If you haven’t already heard of it, I seriously recommend checking it out. (If you don’t know what an Android ROM is or how to work with one, check out our guide to rooting and flashing custom Android ROMs here). Here are a few of the things MIUI has going for it.

A Beautiful Interface And Some Extra Features

If you love Android’s power and customisability, but aren’t crazy about its user interface, MIUI is your dream come true. It’s designed to look more like iOS or like Samsung’s TouchWiz interface than stock Android, and boy is it gorgeous. You’ve got the unified square icons, pretty menus, and a ton of home screens to swipe through.

There’s no app drawer, which is weird at first, but you get used to it pretty quickly. It does a great job of helping you manage your home screens, so you almost don’t miss the app drawer. The notification dropdown is still present, thankfully, and it’s got a power control-like widget built in, that lets you swipe between lots of different settings and quickly toggle them on and off. You can even reboot or shut down your phone right from this menu. And the ROM has a great themes manager that lets you download and try out different themes for the custom UI.

Surprisingly, despite the eye candy, this ROM is fast. Really fast. It isn’t as fast as, say, iOS, but it makes my slow and laggy Motorola Droid much more usable. Back when I was running stock Android or CyanogenMod I had to make all sorts of tweaks to the OS to make it run at a half-decent speed, but immediately after flashing MIUI, things were running very smoothly.

If you’ve got an old phone, this ROM is worth checking out for the speed increases alone. You can still use a different home screen launcher with MIUI, but you’d lose some of the interface’s beauty and a lot of its cool features, so I don’t recommend it.

MIUI also has its own custom apps in place of the stock offerings, like the Dialer or the Contacts app. The Music app is particularly awesome, using less memory than the stock music player and boasting a really nice interface that moves much more smoothly. It also has a Winamp-like Now Playing window that you can show and hide from any screen in the player, which I like a lot.

All in all, MIUI is like a manufacturer added their own UI but made it better than stock Android instead of horrifyingly worse (I’m looking at you, Motoblur and Touchwiz). It may feel weird to make your phone look more like iOS on purpose, but trust me, it’s one of the best ROMs out for Android right now. If they had it for my Thunderbolt, I’d already be using it as my main ROM.