How To Create A Keyboard Shortcut To Launch Anything In Windows 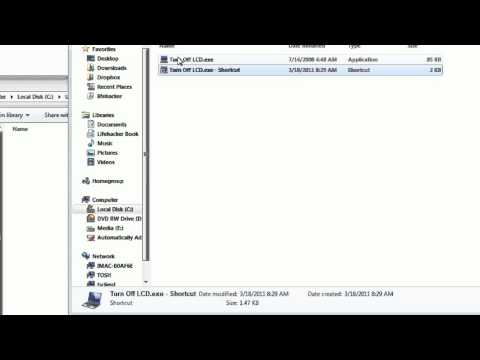 Windows tip: If you want to speed up the time it takes you to run a small utility, launch your favourite applications, or open your todo.txt document, Windows has a great feature built in for creating a keyboard shortcut that will launch anything.

This is a very old but often neglected shortcut, and it’s one that’s built into Windows — one of those great conveniences that makes Windows more productive without installing a thing. In fact, when Whitson posted about a small utility that turns off your computer’s LCD, he initially suggested creating a shortcut to launch it using AutoHotkey – which is definitely overkill!

If all you want is to launch apps that you’ve already got pinned to your Windows 7 task bar, keep in mind that you can also press Win+1, 2, 3, 4, etc, to launch the corresponding pinned app from left to right. I’ve personally never liked using numbered keyboard shortcuts, and instead opt for creating shortcuts using the method above so I can associate words with the shortcut. For example, in the video I chose Ctrl+Shift+K because I’m Killing my LCD.

And that’s all. As I said, not new by any means, but as Whitson demonstrated yesterday, never hurts to be reminded of a great shortcut.

I do great work.