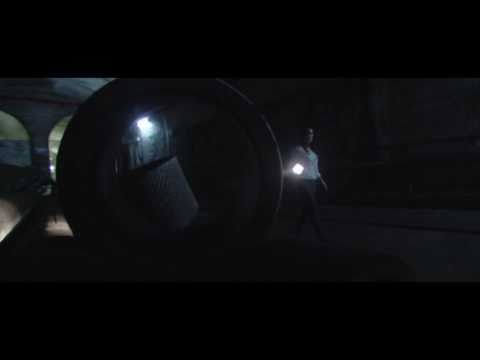 The question of how to make money from entertainment in a torrent-centric universe is one we grapple with regularly. The makers of Aussie horror flick The Tunnel are embracing the challenge: rather than aiming for a theatrical release, they’re simultaneously releasing their movie on DVD and as a torrent stream, trusting that people who enjoy it for free will then pay up for the actual release.

Nick at Gizmodo has been tracking this project for a while, and he’s got an in-depth interview with the film’s writer Julian Harvey ahead of the official release on May 17. Obviously there’s a risk involved in making something available for nothing, but Harvey seems confident:

The idea and the attitude behind is that we’re trying to create an audience for this film that may not otherwise have seen it, or may not have otherwise had the opportunity to see it. We’re also trying to look at an audience at a global level.

Hit Gizmodo for the full read, and tell us if you think this will become a viable model for all kinds of entertainment in the comments.