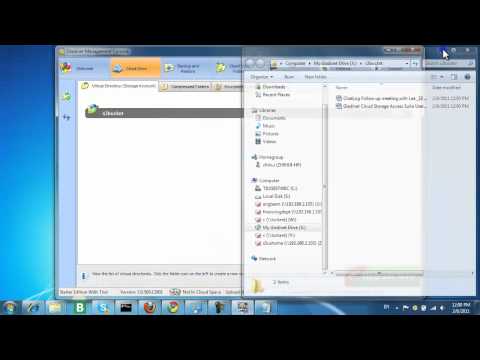 The new interface is nice, but it’s the cloud-based folder backup that’s got our attention. With version control, that means you’ve basically got a Dropbox-like backup service running through Google storage (which is remarkably cheap, by the way). All the other advantages of Gladinet that were present in the original release are still there, just better organised, and now with more purpose.

Gladinet is a free download for Windows systems only, with additional features available in paid versions.