Wait, Are We Going to Have Two Pandemics? 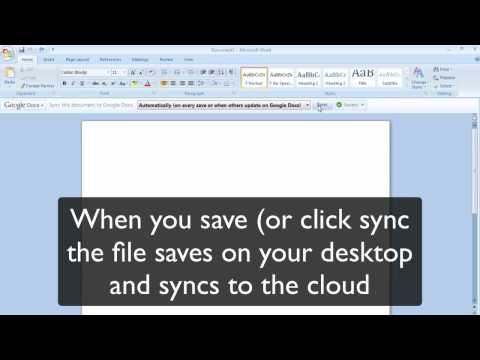 Windows: Google Cloud Connect for Microsoft Office automatically syncs your Office documents between your desktop and Google Docs’ cloud storage, allowing you to seamlessly collaborate with other Google users and back up all your Office files.

It brings Docs’ revision history, easy collaboration and sharing to Office. And while it’s not necessarily the best-case scenario, it’s not bad.

Cloud Connect is currently available on Windows only for early testers; you can sign up here.