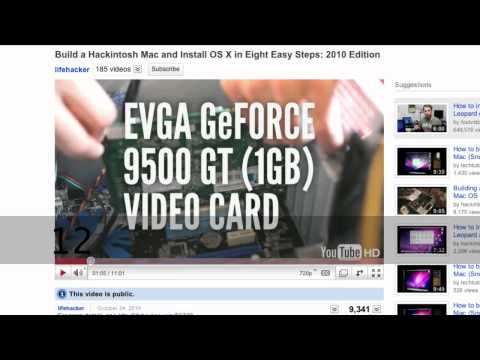 We’ve looked at using two bowls to reheat your food without it splattering all over the microwave, but here’s how you can do it with a shower cap and avoid washing that extra dish.

I think this is both an awesome and potentially stupid idea, at least as far as microwaving goes. Something about microwaving a shower cap doesn’t strike me as terribly safe, even though it didn’t melt or cause any problems I could see when giving it a try. In the refrigerator, however, it just works really well. Here’s the idea (if you didn’t catch it in the video above):

When you heat a frozen dinner or bag of pre-cooked rice, you always cut a little slit in the plastic to help it steam. The idea is the same here, but with a shower cap. Put your food in a container, slip the shower cap over the container and cut a slit in it for steaming. This will help the food heat faster, keep more moisture in, and keep any splattering food off the walls of your microwave.

In the refrigerator it works as an easy alternative to cling wrap. Instead of trying to get cling wrap to actually cling to surfaces it doesn’t take well to, you can just slide a shower cap over most containers to keep most of the air out. It saves you a little time, plus you can easily wash and remove the shower cap to reuse it more than once.