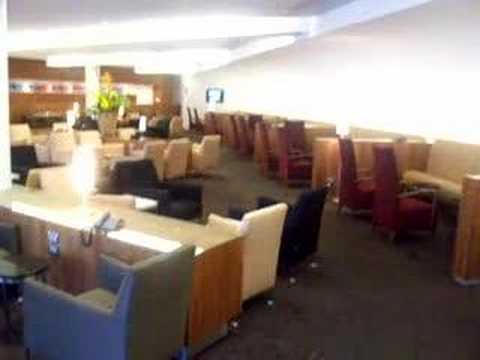 For regular travellers, having access to an airline lounge can make the process of travelling less stressful and more productive. But just how much does that cost, and is it possible to cut those costs? Road Worrier investigates.

As a starting observation, actually paying for airline lounge membership rarely makes sense unless you’re travelling regularly for work (I’d suggest at least once a month if not more). If you’re only hitting the air a couple of times a year, it will generally be cheaper to get to the airport early, buy yourself a coffee and then hunt down the nearest power outlets.

What are the principle benefits of lounge access? To start with, there’s avoiding airport crowds. You should have free Internet access and the ability to plug into power outlets, plus tea, coffee and alcoholic drinks and the odd TV scattered around the place. There’ll also be food on offer, though this will likely vary based on the size of the lounge and time of day.

In the event of a flight delay, you’ll generally be informed before the main airport (though not always ahead of automated SMS alert systems), and you’ll usually be able to rebook within the lounge rather than having to find a service desk. The Qantas and Virgin offerings also include showers, although I’ve had bad luck with the latter.

Below we’ve listed the costs, benefits and quirks of Australia’s four main domestic lounge programs: The Qantas Club, The Lounge by Virgin, The Rex Lounge and the Jetstar Lounge. Obviously, if you live in a city only serviced by one of those airlines, your choices will be influenced by that availability as much as by overall cost. We’ve concentrated on domestic access here, but there’s some discussion of how this affects international access after the listing.

Regardless of airline, lounge access rules have become stricter in recent years: where once it was possible to enter a lounge as a member if you weren’t flying that day, that’s now a definite no-no. Airlines also reserve the right to refuse entry to guests during peak periods. Late afternoons, Sunday evenings and Monday mornings are often crowded, regardless of which airline you’re using.

Any way of saving on those fees? Multi-year memberships are cheaper (two years costs $785, four years costs $1,480). If you work for a large company, check if they offer a corporate rate. Occasionally, Qantas runs specials on the joining fees.

Other comments: Qantas’ lounge network is easily the most extensive, though the lounges range from tiny rooms (Devonport) to massive taking up most of the upper story at the terminal (Sydney). In the East coast capitals, Canberra and Perth, Qantas also operates business lounges for business-class ticket holders and Platinum frequent flyers; these don’t offer essentially different facilities, but can reduce crowding in the main lounges. Regional lounges are often landside, so you’ll need to allow time to clear security before your flight.

The Lounge By Virgin

Any way of saving on those fees? If you work for a large company, check if they offer a corporate rate.

Gold Velocity members get free membership; attaining Gold requires 50,000 status credits (which equates to spending roughly $10,000 on flights). You can use Velocity points to pay for membership; for new members, that requires 65,000 points. Renewal is 50,000 points, or 35,000 for Silver Velocity members. A single entry pass requires 4,500 points. (Again, you might well get better value by using your points for flights rather than membership.)

How many lounges are on offer? Six (Adelaide, Brisbane, Canberra, Sydney, Melbourne and Perth).

Other comments: The Melbourne lounge is landside, so make sure you allow time to clear security and board your flight.

Any way of saving on those fees? None that we’ve spotted (but do tell us in the comments).

How many lounges are on offer? Three (Sydney, Melbourne and Adelaide).

Other comments: Members can access the lounge on arrival as well as departure. Rex uses fingerprint security to stop companies swapping cards between members.

Any way of saving on those fees? StarClass passengers get free admission.

How many lounges are on offer? Just the Gold Coast (plus one in Auckland).

Other comments: I reviewed this back in August. It remains the cheapest casual visit lounge in Australia. Jetstar says it is considering an annual membership, but not details yet. Contrary to online rumour, there’s no discount for Qantas Club members.

If you’re mostly concerned with overseas travel, then your options are slightly different. If you book business class or premium economy tickets, lounge access for that trip will generally be included. Membership of the Qantas Club will get you access to BA and American lounges (though not generally other One World lounges unless you’re a Gold or Platinium member); Gold Velocity members get lounge access for some partner airlines. The PriorityPass group gets you access to a diverse group of airlines, and might be worth considering if you constantly swap airlines based on price. (Its cheapest option is $US99 per year plus $US27 for each visit.)

The other major airline alliances — Star Alliance and Sky Team — also usually offer lounge access to regular fliers, though the details can vary between different member airlines. As a very rough rule of thumb, joining the scheme of the airline you fly most frequently within a given alliance usually makes the most sense, as that will give you more potential flight rewards, upgrades and other potential bonuses.

Lifehacker Australia editor Angus Kidman knows that the video above is of the “old” First Class Lounge in Melbourne, but he can’t resist a bit of history even though the new one is far more OTT. His Road Worrier column, looking at technology and organising tips for travellers, appears each week on Lifehacker.