Your Child May Not Actually Be Allergic to Penicillin

Put Things Away as You Make a Meal

Turn A Cheap Pen Into A Touchscreen Stylus 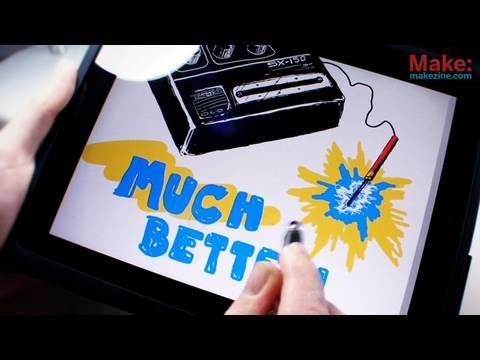 If you’d like some finer control when using a touchscreen, especially on devices with a nice expansive one like the iPad, you can convert a pen to do a stylus’ job for next to nothing.

We’ve shared tutorials on how to make your own capacitive stylus before, like this one that uses socks with conductive threads, and one that uses anti-static electronic bags. While both work, they both carry a high “kludge” factor. The sock trick, for example, might be effective, but do you really want to use a stylus that looks like a cross between a woolly caterpillar and a pretzel?

In the above video, Collin Cunningham from Make magazine demonstrates how you can take a cheap pen, a bit of small-gauge wire, and a scrap of conductive foam &mdash ;the kind that microchips and other small electronic parts come embedded in — and turn it all into a slim and accurate capacitive stylus. If you wanted to upgrade the look of the stylus, it seems like it would be easy to use a cheap pen with a metal body to turn the whole barrel of the pen into the conductor — forgoing the wire spiral and tape exposed on the outside of the pen.

Have a clever touchscreen hack? Let’s hear about it in the comments.