Turn A Bookcase Into An Entertainment Centre 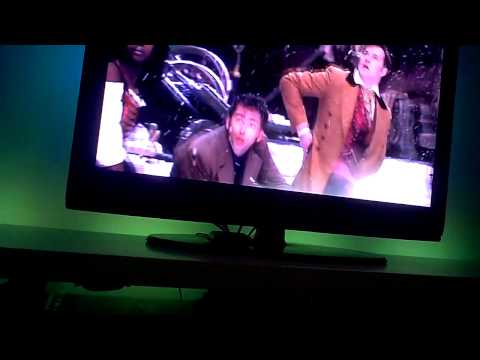 So you’ve built yourself an XBMC media centre and a shiny new TV, and have nowhere to put it all. Instead of shelling out for a fancy entertainment unit, just buy a cheap bookcase and turn it on its side.

Marc Lane was frustrated by how expensive most entertainment units were, so he ingeniously bought a cheap LACK bookcase from IKEA, some feet from eBay, and turned it on its side for a very functional entertainment unit. The bookcase allows tons of room for your media centre build, Xbox, Blu-Ray player or anything else your heart desires. Marc also attached a bunch of LED lights to the back of the unit and TV for some really cool backlighting, but this is obviously optional (as we know LED lights are not for everyone). Hit the link for more details and pictures, and share your favourite entertainment unit hacks in the comments.