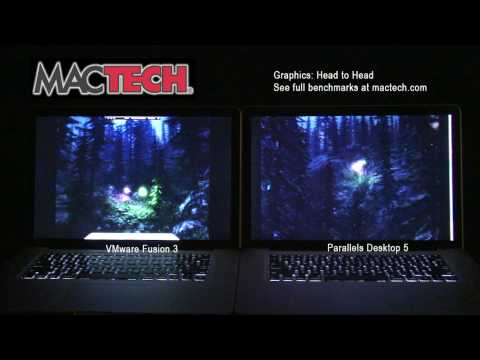 If you’ve had a tough time choosing between Parallels and VMware Fusion for running Windows on your Mac, all-things-Apple site MacTech pitted the two virtualisation tools against one another in a giant faceoff.

The results: In tests covering boot speed, CPU usage, application performance, CPU speed, graphics and more, Parallels 5 came out on top of VMware Fusion 3 in every instance; Parallels particularly outdid VMware in graphic performance, which you can see demonstrated in the video above. [MacTech via Gizmodo]