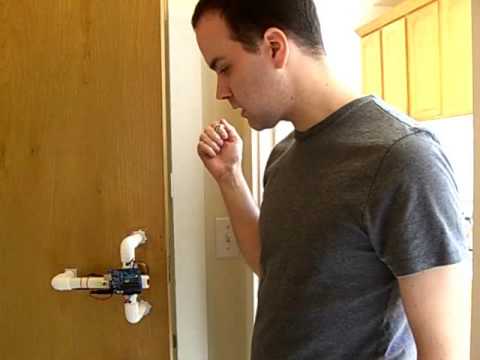 DIYer Steve Hoefer has been hard at work making every six-year-old’s dream come true: A device that unlocks your door whenever someone seeking entry taps out the secret knock.

His device, which fits easily over the inside of your doorknob and lock, counts the time between successive knocks and can be reprogrammed to whatever knock-pattern you see fit. If the wrong series of knocks is tapped out, the device simply ignores it and waits for the appropriate pattern to allow entrance.

Hit up Steve Hoefer’s weblog Grathio for the full tutorial, or just stick to opening your doors by keyfob instead. Physical keys are so 2008.