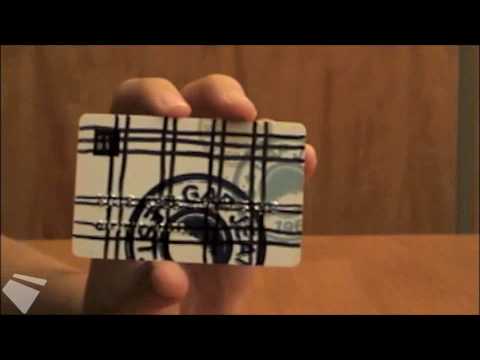 Identity theft happens, which is why knowing how to safely cut and discard your expired credit cards is worth knowing. Money weblog Wallet Pop offers their take on how to do so properly.

The weblog offers six steps to take when ditching your old cards, including how to properly slice and dice one so that crucial account information doesn’t make its way into the wrong hands. The 15-slice method (the video claims 16 but we count 15), as originally devised by Jim Wang of financial web site Bargaineering, entails using a pair of scissors to cut each set of four card numbers into six pieces and also involves destroying the magnetic stripes and chips as follows:

To [scramble]the data in the magnetic stripe, run a very strong magnet along the stripe on the back of the card. Apply scissors or a hammer to the chip embedded in the card…

Once you’ve properly cut the card, remember to bag it in separate trashcans so that the information doesn’t get tossed out in the same bin.

Hit up the full post for the other credit card destroying tips and check out the above video demonstration offered in the post for a visual rundown of the cutting method.