Dress Up Your Ties With The “Merovingian Knot” 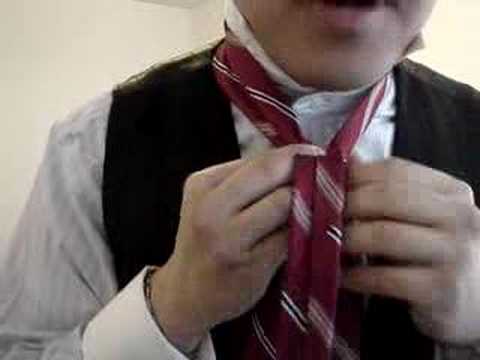 The realm of dress tie knots is dominated by a handful of traditional tie knots. Check out this rather unique tie knot and be the first on your block to sport it.

If you’re a very sharp-eyed fan of the Matrix movie trilogy, you’ll recognise the knot captured below as a rare specimen sported by “The Merovingian”. The knot itself didn’t originate with the movie, and isn’t rightfully named “The Merovingian Knot” but the Ediety Knot. Still, it’s nearly impossible to find any reference to it independent of the movie, so let’s just keep the Wachowski-an etymology for now. As Henry notes during his demonstration in the video below, it’ll get big raves from Matrix obsessives, but everyone else will at least admire your fancy “French knot”.

Whether you’re dying to try it out, or think you’ll be sticking with the Windsor knot, tell us your impressions (or other tie knot recommendations) in the comments. Thanks wolfz0rz!