Add a Gantt Chart To Your Google Spreadsheet 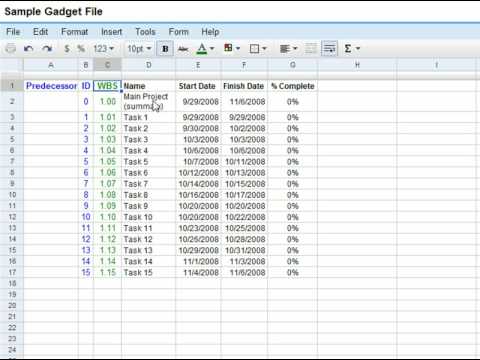 Schedule and keep track of a project over time with a Gantt chart from a spreadsheet created in Google Docs thanks to a gadget from Viewpath. You just need to enter task start and end dates, percent completed, and track dependencies; the folks at Viewpath created a handy demonstration and tutorial video. It’s free and relatively easy (though you may run into platform and browser problems if you aren’t using Internet Explorer or Firefox, and even then, I had no luck on a Mac). Probably best for smaller projects, as it would be difficult to display or print a particularly long or complicated series of tasks. But it’s a good introductory tool and costs infinitely less than Microsoft Project.